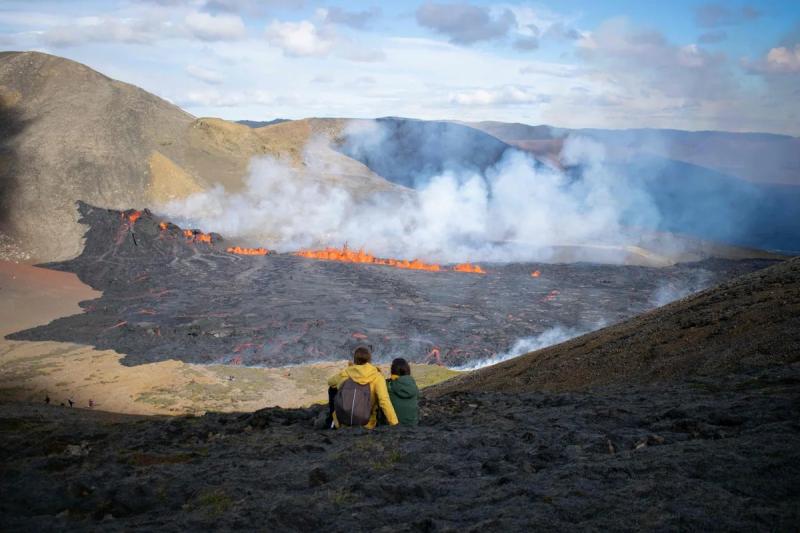 Simple break or permanent interruption? Lava from a volcano that erupted nearly two weeks ago in Meradalir, Iceland, has nearly stopped flowing, but it's still too early to formalize a halt to all activity, scientists say.

“A break has occurred in the eruption at Meradalir,” the Meteorological Office of Iceland (IMO) announced midday on Sunday.

The activity visible at the level of the crater has gradually decreased over the past four days, only a small river of lava was still flowing nearby early Sunday morning, a probable residual spill from underground channels, say the scientists.

The associated tremor — those weak, continuous vibrations recorded by seismographs, indicative of the level of volcanic activity — is now non-existent.

“Only time will tell whether seismic activity will resume and erupt again in the near future or not,” says the institute responsible for monitoring seismic and volcanic activity.

“There is still eruption risk and uncertainty in the region. People are urged to be careful when visiting the area,” concludes IMO.

The eruption, which began on August 3, and located less than 40 km from the Icelandic capital Reykjavík, revealed jets of molten lava, which turned into dark rock as the material cooled.

These jets of magma at around 1200 degrees Celsius formed a projection cone 40 meters high, from which thick white smoke escaped on Saturday.

The eruption quickly became one of the most popular spots in Iceland, attracting more than 67,000 people to the bumpy, steep paths to the volcano at Meradalir, according to the Icelandic Tourist Board.

This second eruption at Reykjanes, in less than year, suggests that this long dormant little peninsula in the southwest of the island is emerging from a deep slumber, which could be the prelude to volcanic reactivation for decades (or even centuries) to come.< /p>

As of March 2021, the last volcanic activity in the region dates back almost eight centuries and spanned three decades with several eruptive episodes from 1210 to 1240.

L Iceland has 32 volcanic systems currently considered active, the most in Europe.

The country experiences an eruption every five years on average.