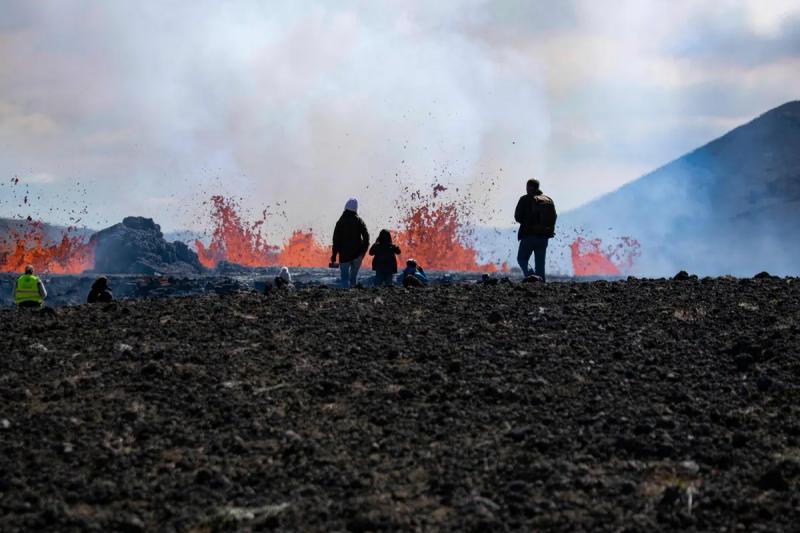 The flow of lava flowing from the small crater at Meradalir in Iceland where a volcanic eruption has been underway since August 3 has “decreased sharply”, the Institute of Earth Sciences said on Tuesday.

Streams of red lava still flow from the bubbling crater in the uninhabited valley of Meradalir in southwestern Iceland, where a fissure has split the ground there almost two weeks ago.

“Uncertainty is high when measuring punctual over such short periods”, warns the Institute of Earth Sciences, at the origin of the evaluation. “But overall the measurements (…) show that the eruption has clearly decreased” in intensity, he adds.

The flows flow less far into the valley and the size of the fountains has been reduced. From the now almost completely closed volcanic cone, only a channel of lava flows.

“It is impossible to say at this stage if the end of the eruption is near or if it is not only a temporary trough of the eruption”, concludes the analysis of the specialists.

The lava discharge is at levels close to those of the eruption last year near the Mount Fagradalsfjall, where the flow fluctuated between four and eight cubic meters per second for almost a month and a half before suddenly increasing.

The site, very popular and less than 40 kilometers from Reykjavik , broke attendance records this weekend with a peak of nearly 6,700 visitors recorded on Sunday.

In total, more than 50,000 hikers walked the trail leading to the volcano and its field of lava – which now covers 126 hectares – according to figures from the Icelandic Tourist Board.