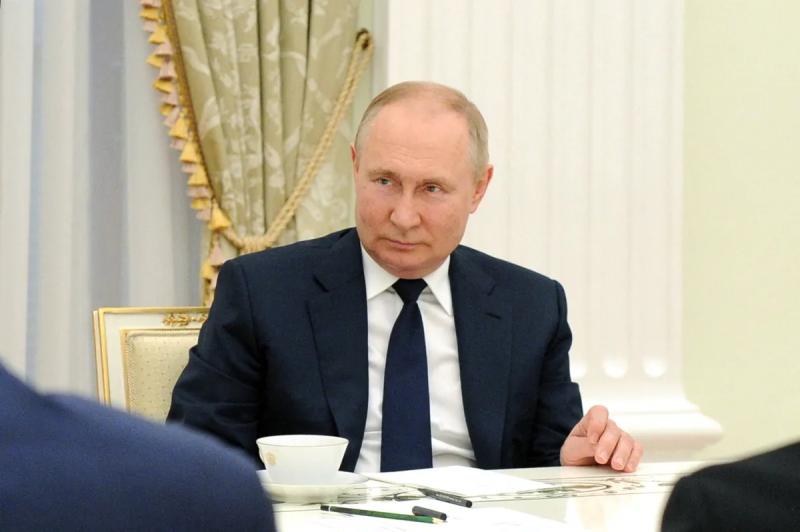 “Let them try!” Russian President Vladimir Putin on Thursday challenged the West to defeat Russia “on the battlefield” in Ukraine, where Americans and Europeans have accelerated arms deliveries to Kyiv forces.

“Today we hear that they want to defeat us on the battlefield. What to say ? Let them try!” Putin said during a meeting with the leaders of the groups in the lower house of parliament, broadcast on television.

“We have heard several times that the West wanted to fight us to the last Ukrainian. This is a tragedy for the Ukrainian people. But it seems like everything is headed in that direction,” he continued.

These martial declarations come as the United States and European countries have in recent weeks accelerated arms deliveries to the army in kyiv, which is trying to curb the advance of Russian forces in eastern Ukraine. /p>

“Everyone should know that we have not yet started serious things” in Ukraine, launched Mr. Putin during this speech, one of the toughest for weeks.

He did not however, no announcement of an expansion of the military operation or other concrete initiatives.

“At the same time, we are not refusing peace negotiations. But those who refuse them must know that the longer (they refuse), the more difficult it will be for them to negotiate with us,” the Russian president added.

Echoing rhetoric reminiscent of that of the Soviet leaders during the war cold, Mr. Putin also denounced Western “totalitarian liberalism” and considered that the offensive in Ukraine marked the beginning of a transition from a world marked by “American globalized egocentrism to a truly multipolar world”. p>

“In most countries, people don't want such a life or such a future,” he said. “They are tired of getting down on their knees and humiliating themselves in front of those who think they are exceptional”.