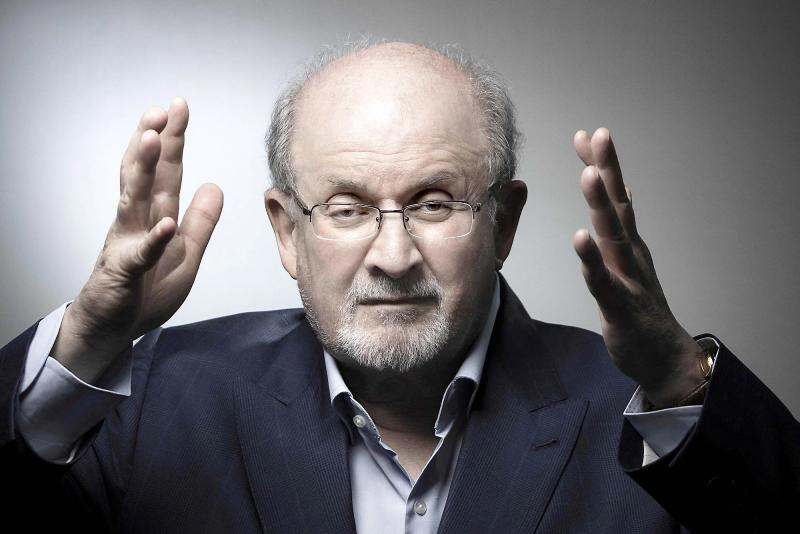 The Islamist terrorist attack on Charlie Hebdo targeted artists who made their living with their pencils. The Islamist assassination attempt against Salman Rushdie targeted an artist who earns his living with his pen.

It's crazy how the fools of Allah hate the arts, artists, freedom of thought, of create.

In 1989, Rushdie, the author of the Satanic Verses, was targeted by a “fatwa”, a religious edict calling on the faithful to assassinate him.

Rushdie had been living as an outcast for 33 years, more or less under police protection , never as a truly free man.

Controversial for whom? For paranoid crackpots thirsty for revenge? Why take over this label? Rushdie is controversial only for those who see his fiction as a provocation. By using this term about him, we trivialize attacks against him.

You know what Riss , the chief editor of Charlie Hebdo, wrote after the attack on Salman Rushdie? It is so brilliant that it is worth quoting it at length.

“We heard commentators the same evening explaining that the fatwa against Salman Rushdie was all the more revolting than what he wrote in his book, The Satanic Verses, was absolutely not disrespectful of Islam. Reasoning of a very great perversity, because it induces that conversely, disrespectful remarks towards Islam would justify a fatwa and a punishment, even mortal.

Well no, it will have to repeat again and again that nothing, absolutely nothing justifies a fatwa, a death sentence, of anyone for anything. »

Do you know what French President Emmanuel Macron wrote on Twitter in the hours following the attack? “For 33 years, Salman Rushdie has embodied freedom and the fight against obscurantism. Hate and barbarism have just struck him, cowardly. His fight is ours, universal. Today, more than ever, we are at his side. »

While Justin Trudeau only reacted on Saturday with a soft text: “The cowardly attack on Salman Rushdie is an affront to the freedom of expression on which our world is based. No one should be threatened or hurt because of what he wrote. I wish him a speedy recovery. A little more, and he would send her a basket of fruit with a little greeting card.

In 1989, after the fatwa against Rushdie, Isabelle Adjani had the nerve and the courage to quote the author of the Satanic Verses in the middle of the Cesar ceremony. In 2014, she declared to the media that such a “symbolic provocation” would no longer have been possible, because the times were too chilly… Who, in 2022, among our artists, would thus show their unequivocal support for a “sulphurous” author?

Since 2015, Allah's madmen have been killing cartoonists, slaughtering teachers, and trying to kill a fictional author. When will the do-gooders start to worry? The day when one of them will be affected?