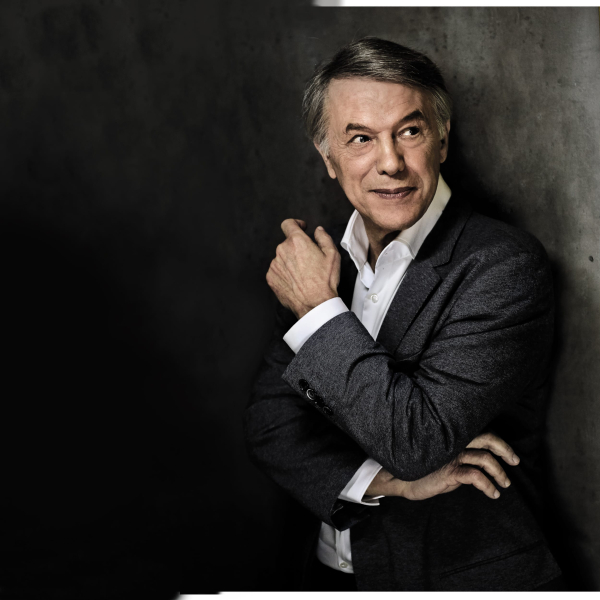 “I'm going to deliver the songs to which I owe everything”, says Salvatore Adamo when asked what Quebecers can expect during his tour Adamo , it's my life ! expected in the spring of 2023. For the 79-year-old singer, everything is in a fine balance between the evolution in music and pieces from the past. The Journal spoke with this living legend.

“It would be pretentious to dismiss them, explains Salvatore Adamo, speaking of his songs that have become cult over the years (we think in particular of It's my life, My hands on your hips and Permit sir). But I also like to show my evolution. I don't live on my cloud. »

A lot of his time

The singer, born in Sicily and having recently obtained Belgian nationality, experienced Quebec in 1967 , the year of the Expo.

“We felt a mutual sympathy, explains the artist who speaks… six languages! There is a benevolence of people similar to that of the Belgians. So much so that I wondered if they weren't putting us in a box (laughs). I came to Quebec only a dozen times, so not as often as hoped. »

The singer will be able to remedy this when he embarks on a tour of Quebec next April to offer us his greatest hits; pieces listed in a box of ten CDs dubbed Salvatore Adamo 1962-1975, launched shortly before the pandemic.

His desire to continue touring, at almost 80 years old, is easily explained. “In the long run, the stage is the place where you feel like you exist the most,” says the singer. It feels like levitating 15 meters off the ground. It's like a little miracle every time, we take a step on stage and boom! we find the energy. »

It must be said that the songwriter began his career with the stage, even before making records.

“I think my audience has understood that I am sincere and that I have no attitude on stage, he says. The stage is my gymnastics, I even still do dance steps. »

The artist who has received numerous distinctions (Officer of the Legion of Honor, Commander of the Arts and of Letters and Officer of the Order of the Crown) says he draws inspiration from masters like Aznavour, Brel or Bécaud, naturally on stage.

“It's unconscious and almost indefinable, explains the singer who misses Italy, his native country. It's in an intonation or a gesture that sometimes comes from one or the other. They are necessarily inspirations. »

Inspirations, he also has some in Anglo-Saxon song, when he will release next January an album of adaptation of English songs: In French Please . Plays he would have liked to have written, he admits, quoting Bob Dylan and Neil Young, and which he himself translated for the occasion.

“The pandemic has been a long patience, but I was able to write. I adapted 40 Anglo-Saxon titles to keep 14 on the album. I wrote a lot, despite the sadness of having had to cancel several concerts. »

His next album is already ready and the singer hopes to be able to deliver it to his audience for his 80th birthday, which he will celebrate on November 1, 2023.

« I'm proud to still be here after 60 years, admits the artist who is about to go on tour in Belgium and France. Every record, every tour, there was something that told me it might be the last. You can't predict success. Being able to last despite everything, I think I won a combination of circumstances. I count on those around me to tell me when it will be time to leave. We will have to push me (laughs). »