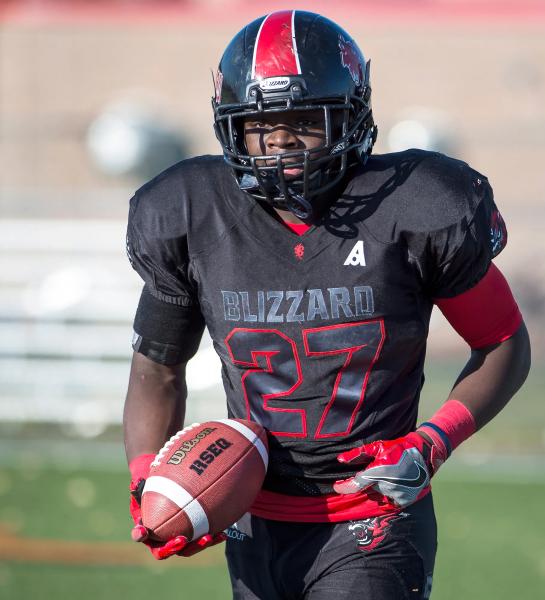 The new Rouge et Or running back from Laval University Kalenga Muganda is not lacking in self-confidence.

Since Saturday, the player the most individually titled in the history of Quebec school football discovers the reality of the university ranks and tries to carve out a starting position at the camp of his new formation.

“I am a born competitor and I never back down from a challenge,” he said on the phone. Of course, there are guys here who have more experience. This is the case of [Joanik] Masse, who will play his fifth season. However, I think I am the best running back in Canada.”

Nothing less for the “showman” that is Muganda! However, the young man is not the only quality offensive half to arrive with the Rouge et Or in 2022, since Shawn Valentine and Angel Vital are also in the game.

“We are happy [with these recruitments], dropped head coach Glen Constantin. These guys have really been stars everywhere they've been before.”

A lot of movement

So it's a happy puzzle which forms in front of Constantin and offensive coordinator Justin Ethier. They will have to find a form of balance in the use of their new offensive weapons, in addition to relying on the experience of Masse.

“However, you cannot take on Valentine or Muganda, for example, only when you want to run with the ball, raised the pilot of the Rouge et Or. They must become more complete players. They will also have to be good at pass protection.”

“We have no intention of leaving them on the bench,” he added of his rookies. We are also very pleased with Joanik Masse, our veteran running back. All our porters will bring something different.”

Even though he considers himself “the best”, Muganda is well aware that nothing is due to him and that his fate is only half his.

“I do everything I can to put the odds in my favor, but the final decision is up to the coaches. As long as I know I gave it my all, I have no regrets,” he said, taking a more serious tone.

Muganda also concluded the interview with a wise words that demonstrate a certain maturity, even if it is hidden behind a confidence that borders on arrogance.

“You skip the steps or the steps burn you,” he said.