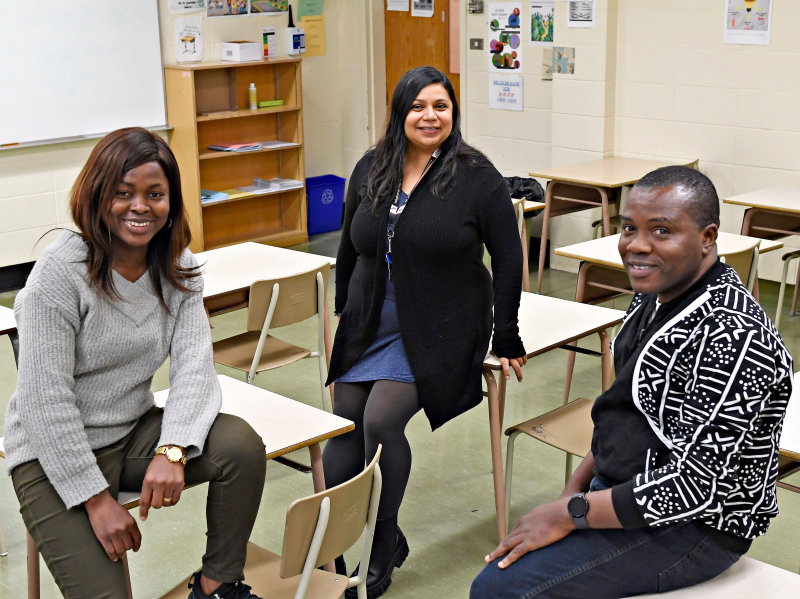 Yesterday's Journal featured teachers from Africa who were hired at a secondary school in the suburbs of Quebec .

We understand the culture shock of two of its African teachers who arrived from Cameroon, one in 2018, the other in June 2022.

Marius Kiam Bitep, the last to arrive with a wife and child, was surprised that in Quebec, unlike in Cameroon, our child-kings impose their law. Accustomed to politeness, because in Africa the teacher commands respect, he simply notes that in Quebec “we are equal to the students, and the teacher must be accountable to the parents”.

“That in gallant terms, these things are said”, to quote Molière in Le Misanthrope. In fact, what this mathematics teacher observes is one of the plagues of the culture of the illusion of equality practiced in our country where the students, often the least successful, believe they know as much if not more than their teachers.

Furthermore, this can be seen in the students' criticism of grades, which they tend to contest with a vigor that grows continuously. “Who do you think he is? would be their leitmotif.

Marius' Cameroonian colleague, Abigael Laure Kombou Dougoua, notes that some students seek to take advantage of their teachers' flaws. “I've had students laugh at my accent or take me less seriously for mispronouncing a surname. You feel judged,” she said.

You have to be very ignorant to act like that. We are undoubtedly enriched by the valuable contribution of these French-speaking African teachers. They are models, who speak in a chastened language and write without mistakes, like few of our teachers. They also transmit to us lost values, such as politeness and intellectual curiosity. They are often fond of Quebec culture.

Isn't it these educated and integrated French-speaking immigrants who are voluntary, happy to be the ones we urgently need in Quebec?