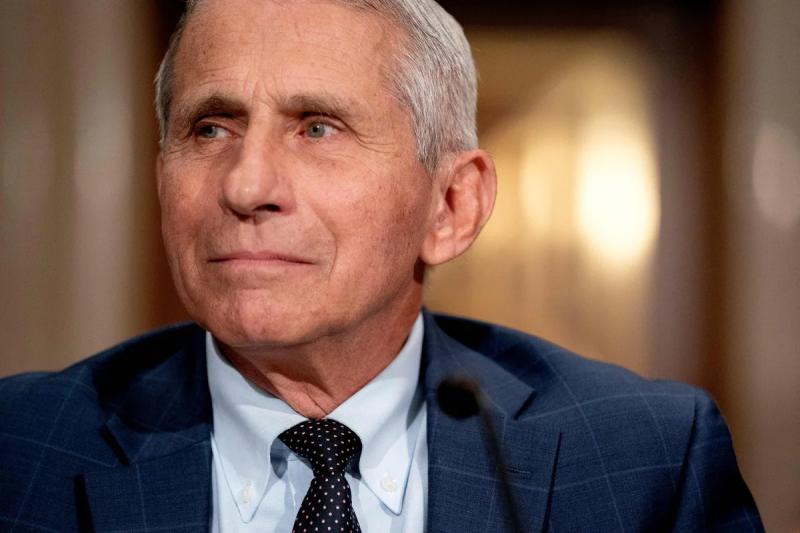 After a decades-long career battling the various epidemics that have rocked his country and the world, the eminent Dr. Anthony Fauci, now President Joe Biden's top adviser on COVID-19, announced Monday at age 81 that he would leave office in December.

The immunologist will also retire on this date from his position as director of the National Institute of Infectious Diseases (NIAID ), which he had held for 38 years. However, he clarified that it was not yet for him to “retire”.

“I plan to pursue the next phase of my career with all the energy and passion I have left for my field,” he said in a statement.

Highly respected by many , but also deeply hated by part of the conservative population, he had become the face of the fight against the pandemic in the United States in the past two years.

His announcement comes at a time when the COVID-19 has largely faded from the lives of Americans — although tens of thousands of new cases continue to be reported every day.

President Joe Biden immediately sent “his deep thanks” to Dr. Fauci. “America is stronger, more resilient and healthier because of him,” he said in a statement.

“His commitment to his work is unwavering, and he does. with unparalleled spirit, energy and scientific integrity,” Mr. Biden added.

In 2020, this doctor by training – already famous in the world of infectious diseases and the fight against AIDS, but then still little known to the general public – was thrown into the limelight by joining the cell president on Donald Trump's coronavirus.

With his rocky New York accent, Mr. Fauci at the time became a master in the art of politely reframing his boss, cultivating his image as a man in the straight talk.

His simple messages tirelessly repeated during innumerable daily interventions in the media made him the reassuring figure that America needed. Having become a true icon, his face adorns socks and T-shirts, and cocktails bearing his name are sold in bars.

“I will always be grateful that we had a public health leader like us. 'knows one in a generation to guide us through a pandemic like you only know once in a century,' former President Barack Obama tweeted Monday.

But while Anthony Fauci had always been careful to steer clear of politics, he has gradually become the pet peeve of conservatives, and the favorite target of anti-vaccines and opponents of mask-wearing, in a context of very strong politicization of the health crisis in the United States.

“Dr. Fauci lost the confidence of Americans when his advice unnecessarily kept schools and businesses closed”, reacted Monday the chief of the Conservatives in the House of Representatives, Kevin McCarthy.

During a Senate hearing, Mr. Fauci accused another elected Republican of encouraging those making death threats against him. He is now forced to live surrounded by a reinforced security system.

“Honor” of a lifetime

“It has been the honor of my life to lead NIAID,” he wrote Monday, listing the crises experienced: AIDS epidemic, anthrax attacks, Ebola, Zika…

Under Republican President George W. Bush, Anthony Fauci was the architect of the Pepfar program, which saved the lives of millions of people living with HIV. He was decorated in 2008 for his efforts against AIDS.

“Thanks to the power of science and investments in research and innovation, the world has been able to fight deadly diseases”, wrote Anthony Fauci. “I'm proud to have been a part of this important work and look forward to helping continue to do so in the future.”