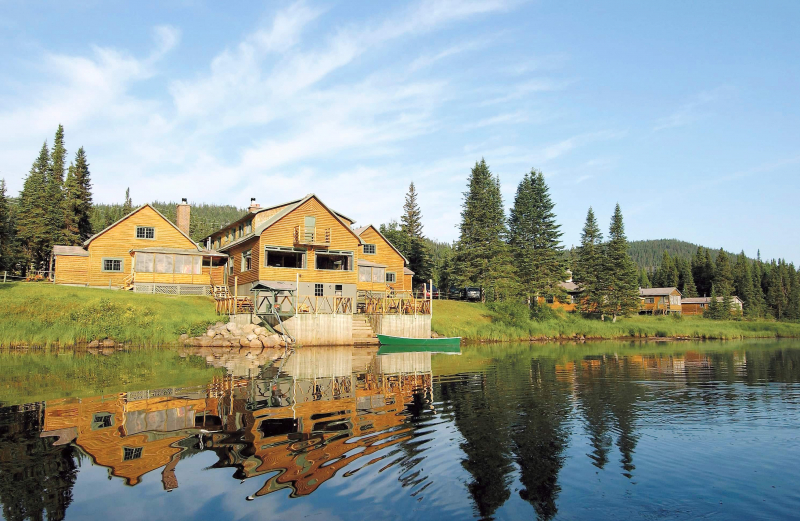 Fishing enthusiasts who have frequented the Portes de l'Enfer sector, in the Laurentides reserve, for many years, will no longer be entitled to the same services as before.< /p>

Indeed, in a press release, Sépaq let it be known that “due to the shortage of labor which is affecting the restaurant sector, the maintenance of the offer of the American plan in fishing packages at the Gates of Hell has become extremely difficult”.

This is the last step in the transformation plan for this site, which has been recognized by fishing enthusiasts from all over Quebec for years. Due to COVID, reserve officials had decided to cut services by removing meals in the dining room and replacing them with services in the cabins. Last summer, the situation was partly back to normal with the service of supper in the dining room. But, according to officials, even this diminished formula was difficult to sustain. Also, in the wake of what had happened in other reserves, the fishing guide services at the Portes had been abandoned. Now, the Gates of Hell offers a European plan, like the rest of the reserve.

This change of vocation will cause significant changes to the site.

Recalling that fishing packages under the European plan are 30% cheaper, and therefore more accessible for fishing enthusiasts, the leaders explain that it will be necessary to significantly reconfigure the chalets and the pavilion, in order to adapt the accommodation infrastructure. and make them available for next season.

This winter, a kitchen will be added to each of the sector's chalets. The chalets for four will become chalets for two people, which is rare in the offer of the Laurentian reserve. The Pavilion will offer the largest accommodation capacity, with 24 places.

It will be the largest accommodation offer in the network of wildlife reserves.

And the fishermen who have booked

Several fishermen had already booked their stay for 2023, thinking they were having the same experience. At the time of this writing, reservations managers explain that these fishermen will be contacted shortly. They will be able to keep their stay at a reduced price and benefit from adequate compensation for changes to their reservation. No doubt many will be disappointed, but they will have no choice. The decision is made. Les Portes de l'Enfer becomes a territory similar to all the others offered in the Laurentides wildlife reserve.

As for the employees, they were offered to remain employed by Sépaq, in the Laurentides reserve or elsewhere in the network.

The golden age of the Portes de l'Enfer sector is now a thing of the past.