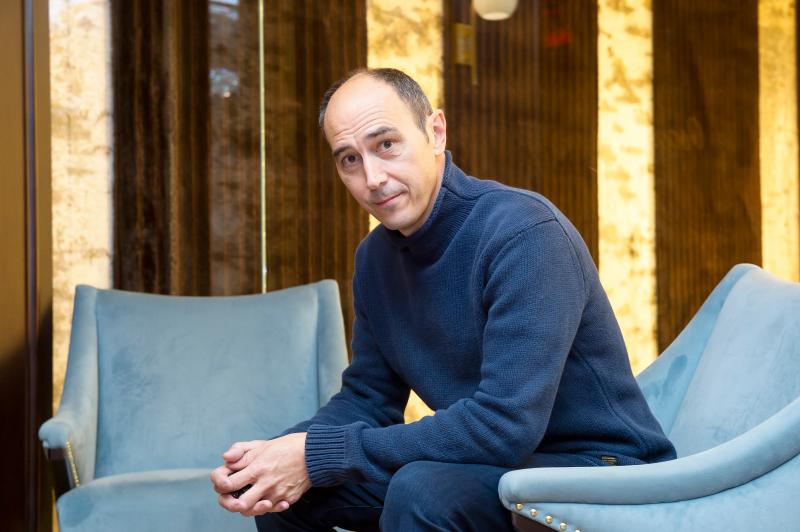 “A little whirlwind”. This is how Steve Laplante likes to describe the effervescent period he is currently going through, as he strings together important roles on the small and big screen.

“It's true that for two years, it's been tumbling, “says the 50-year-old actor, met on the occasion of the release of the film Viking.

“It's funny to say, but during the pandemic, I had the best years of my life [as an actor]. And there, everything comes out at the same time. I would say it's a bit of a coincidence because these are projects that come from everywhere and from different places at the same time.

Before taking the lead role in Viking , a new comedy from filmmaker Stéphane Lafleur (Tu dors Nicole), Steve Laplante played important characters in the films Babysitter and Les tricheurs, released in June and August respectively. On the small screen, he can currently be seen in the new series Chouchou (broadcast on Noovo), Léo (Club illico) and the second season of C'est comme ca que je t'aime (Radio-Canada).

A role written for him

If he doesn't not shy to savor the moment, Steve Laplante still keeps his feet on the ground, to use a cliché that applies well to his character in Viking. The actor plays a physical education teacher who volunteers to participate in a mission to Mars. With four other volunteers, he will have to form a team B of alter ego of the quintet of American astronauts sent into space. Their mandate, very modest, will consist in living the adventure in parallel, in a desert of the United States.

Stéphane Lafleur has never hidden having written this role especially for Steve Laplante.

A scene from the movie Viking.

“Stéphane really came from left field with this proposal, says Steve Laplante. I received his script and I couldn't believe he offered me the role without even having to audition! When he approached me, I hadn't done much film yet, apart from small roles here and there.”

In addition to being flattered to be offered such a beautiful role on a silver platter, the actor fell in love with the screenplay that Lafleur co-wrote with Éric K. Boulianne.

“I have a lot of admiration for what the guys have done, he slips. It's a totally original storyline. During the filming of the film, I often told Stéphane that I hadn't seen that in any other film, scenes like the ones we did. What I find beautiful with Stéphane is that he does his own thing and doesn't give a damn about the currents. That's what makes you consider yourself lucky when you have the good fortune to be part of one of his projects.”

Casually, Steve Laplante celebrated the 25th anniversary of his career last year. “I've been told that twice this morning, so I'm starting to realize it!” he laughs.

After graduating from the National Theater School in 1996, the actor spent the first years of his career on stage. He first had the chance to play in a production of the play Littoral, by Wajdi Mouawad, before playing roles in several plays presented at the La Licorne theatre.

“It took a long time before I started having roles in cinema and on television, he. For a long time, I even thought that I would spend my entire career in theatre. And I was comfortable with that.”

Then, little by little, the actor began to land roles on the small screen. In Les Invincibles, Aveux and Le Gentleman, among others.

“It's always been like that, my career, he observes. It is as if I were crossing the river with rocks, laying one at a time to set foot on them. There, it is true that things have accelerated over the past two years. But I'm very suspicious of what's going to happen when that little whirlwind is over. Being comfortable and putting my feet up on the beanbag is not what turns me on in life. Two years from now, I don't think people are going to ask me if it's still swirling.”