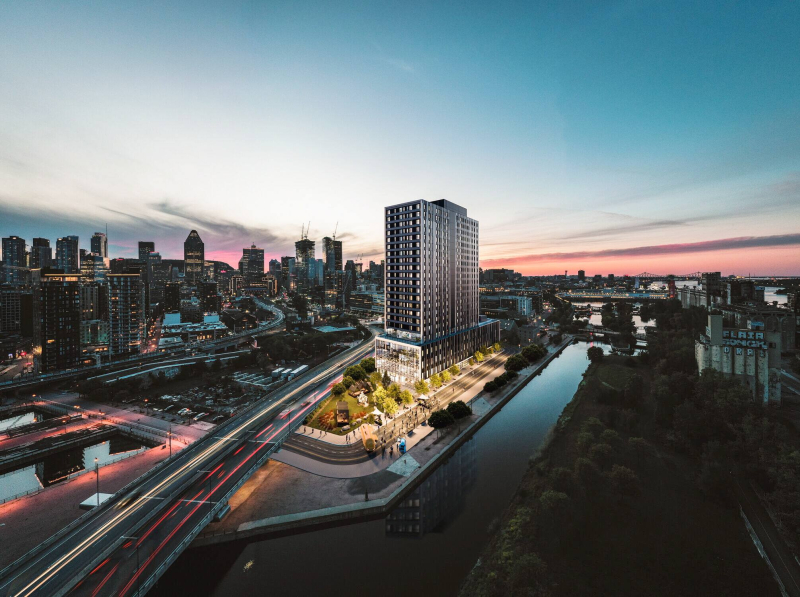 Ottawa refuses to say to whom it lent $1 billion in public funds to create so-called “affordable” housing in Quebec, making it impossible to know if it was actually built .

The Canada Mortgage and Housing Corporation (CMHC) says it has financed 38 projects across the province since 2017, thanks to loans at very advantageous rates.

In a response to an access to information request made by our Bureau of Investigation, CMHC did not want to reveal the name, location or number of dwellings of 32 of the 38 IFCLL projects. in Quebec.

These total loans approaching one billion dollars in public funds.

CMHC defends itself by saying that “ultimately all projects will be made public”, but that it wishes to protect “the confidentiality of developers”.< /p>

Developer Max Mahi, who received $28 million for the construction of 81 housing units, including 29 affordable, in Vaudreuil, is surprised that the federal government does not want to reveal the existence of his project. (see other text below )

“It's with taxpayers' money, I don't understand their policy,” he says.

In Quebec, mortgages are public in nature. We were able to find the CMHC loan in the land registry.

“Information about a specific project cannot be made public until we have signed an agreement and a public announcement is made. was not made,” says the federal agency.

In its list, however, Ottawa has redacted a project which had been announced with two ministers of the Trudeau government and which is already under construction, namely Haleco, in Old Montreal.

This project of 327 housing units, including 77 affordable, benefited from the largest loan in Quebec, namely $135 million.

It is managed by the real estate arm of the Caisse de dépôt et placement du Québec, Ivanhoé Cambridge.

Yesterday, after our Bureau of Investigation inquired about the project, CMHC pleaded redaction “error”.

“[Haleco] should have appeared on your list, but was not unfortunately not present,” said spokesperson Claudie Chabot.

According to CMHC, 19,349 homes are being built in Canada thanks to IFCLL loans, but it is impossible to cross-check this number.

On Monday, our Bureau of Investigation revealed flaws in the housing record of the mayoress of Montreal, Valérie Plante. In particular, we found, in the City's count, hundreds of dwellings that had not been built. ​

A promoter surprised at the lack of transparency

The Chairman and CEO of MB Groupe and Associates, Max Mahi.

The president and CEO of MB Groupe et Associés, Max Mahi, says he is very surprised that Ottawa does not want to inform the population of the existence of his project.

The promoter claims to have never asked to remain confidential and even organized a press conference to make his project public himself.

“I asked the mayor, the federal deputy, the deputy provincial to be there and they weren't there,” he says. They are not interested in being there if there is no political interest.

His company was loaned $28 million by Ottawa for an 81-unit project in Vaudreuil, which will see the light of day next summer.

In exchange for a very favorable interest rate, he agrees to rent 29 of its units at an “affordable” price.

But Max Mahi considers that the criteria for CMHC's affordability are far too permissive.

He believes that he would not have been able to rent his apartments at this price .

“I came here with two suitcases, I know what it's like to be in the middle class”, says this Moroccan of origin.

Report of the auditor< /p>

His remarks are in line with the comments of the Federal Auditor General, Karen Hogan.

She pointed out, in a report published in mid-November, that CMHC's affordable housing was “often unaffordable for many low-income households and people in vulnerable groups.”

According to the CMHC definition, a dwelling is affordable if its base rent corresponds to less than 30% of the median annual income of the region where it turns out that. Housing must include a bathroom and kitchen, but there are “no special requirements” for size.

MAXIMUM AFFORDABLE RENTS FROM DIFFERENT CITIES IN QUEBEC CITY:
Based on 2020 revenue data