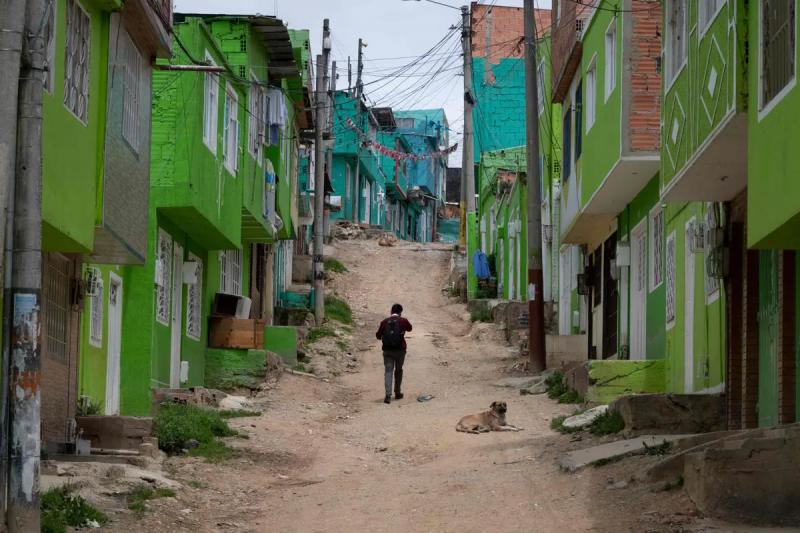 Since the beginning of the year, the victims of a vendetta between gangs of Venezuelan origin have been found here and there in Bogota, their corpses wrapped in plastic bags, some dismembered. The affair of the “packaged”, as the local press calls it, is of a violence never seen before in the Colombian capital.

In nine months, at least 23 bodies in bags have been left here and there in the streets of this metropolis of eight million inhabitants.

Seven Venezuelans and nine Colombians are among those victims, according to the press.

This is “a way of operating that has never been seen before in the city”, according to the commander of the police of Bogota, General Carlos Triana.

“A lot of cruelty”

These are “violent homicides, strangulations, (murders) with firearms or knives,” municipal security secretary Anibal Fernandez de Soto told AFP. carried out with “a lot of cruelty”.

These macabre discoveries were made in eight of the 19 localities of a capital theater of organized crime, but which remains however spared by the armed conflict which has been raging for more than half a century in the provinces.

These murders testify to the merciless fight between several criminal groups “for the control of illicit trafficking”, in particular the sale of drugs at retail and extortion, explained Mr. de Soto, who warned that this war was in progress. “escalating”.

“El Tren de Aragua”, a transnational criminal organization born in Venezuela, as well as another Venezuelan gang, “Los Maracuchos”, and a third group whose the name has not been disclosed are the protagonists of this extraordinary violence.

The police have thus confirmed the existence in the capital of “slaughterhouses” used as places of torture.&nbsp ;

According to Mr. de Soto, the victims are all members of the warring gangs. “They intimidate [their rivals] with a macabre modus operandi”.

According to the newspaper “El Tiempo”, a “Mexican mafia cell”, close to the Sinaloa cartel, completes the bloodthirsty trio. The press also cited as another protagonist a Colombian organization, “Los Paisas”.

Since 2021, authorities have been monitoring the growing presence of the “Tren de Aragua” in Bogota, where around a quarter of the 1.8 million Venezuelan migrants in Colombia live.

This feared gang, with international tentacles, entered the country via the border department of Norte de Santander. At first, Jeremy McDermott, co-director of the organized crime think tank InSight Crime, told AFP, they “took control of the territory along the border and charged tolls from Venezuelans crossing on the trails.” trochas”) illegal”.

Following the wave of migration fleeing Chavista Venezuela, they settled in Colombia “as far as Panama and Chile, charging +protection+ fees [… ] and trying to exploit or recruit vulnerable migrants,” the expert added. Their presence is reported in Brazil, Ecuador and Peru.

“It's a powerful organization,” one of the main masterminds of which is Hector “Niño” Guerrero, incarcerated in the Venezuelan prison of Tocorón, noted Ronna Risquez, a researcher on armed groups and violence. He would reign supreme over his fellow prisoners. “Everything is managed from Tocorón,” said Ms. Risquez.

Dismemberment is a common practice in Venezuelan prisons, according to criminologist Mario Mármol. “They have this training, this evil character trait, and when the situation warrants it, they implement it: mutilation, decapitation, bodies riddled with bullets. It is their trademark”.

The brutality demonstrated in Colombia responds to the “long-standing criminal experience” in this country, which “requires a lot of force, impact and demonstration of this cruelty” to prevail, noted Roberto Briceño-León, director of the Venezuelan Observatory of Violence (OVV).

More discreet than “Tren de Aragua”, “Los Maracuchos” arrived in Colombia in 2019. Colombian police this week captured ten of its suspected members and are claiming through Interpol five others who fled to Venezuela.

These sordid killings involving Venezuelans coincides with the restoration of diplomatic relations between the two countries, but could complicate this warming.

They also dwarf the security figures in Bogota, which today has the rate of lowest homicide among Colombia's main cities since the beginning of the year (six per 100,000 inhabitants) .