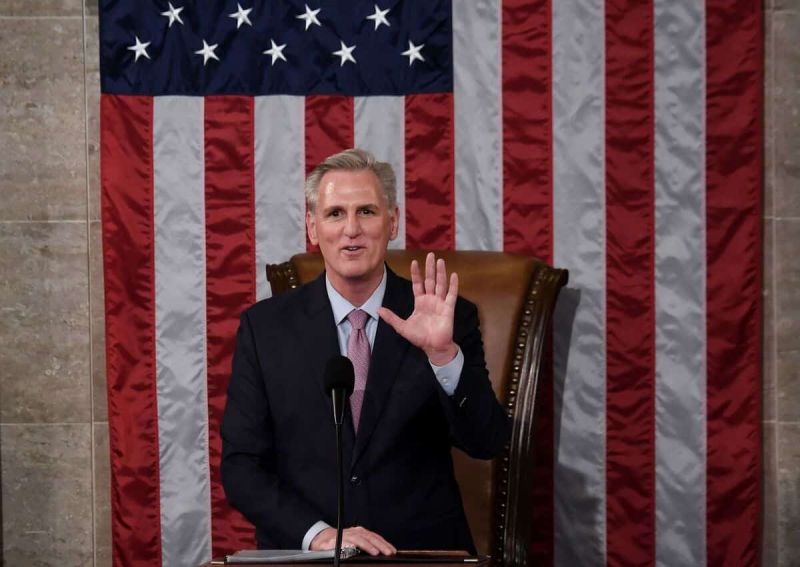 According to an old joke, Republicans campaign and try to convince the electorate that government doesn't work, and when they win, they try to prove it.

That's what you'd expect from the new House of Representatives under control – if you can call it control – Republican.

The circus of Kevin McCarthy's election as speaker was only a taste. The Republican majority has already begun to demonstrate that it has no intention of participating in government.

The new rules on which McCarthy's election depended ensure that this session will be one of theater and obstruction.

The first rule imposed by the insurgents is to allow a vote of confidence against the “speaker”. at the request of a single member. This led to the resounding departure of Republican leader John Boehner in 2015.

McCarthy will therefore be at the mercy of diehards who prevent him from making any compromises with the Democrats. For the extremists, the main goal is not to legislate, but to get in the spotlight to appear on Fox News and attract financial contributions from the Republican base.

McCarthy will also have his hands tied on budgets or raising the debt ceiling. These votes will become so many opportunities for GOP extremists to put on a show, at the risk of triggering a financial crisis that the whole world will bear the brunt of.

From investigations to more thirst

It is also to satisfy these many extremists that the new speaker has promised to multiply parliamentary inquiries into all the subjects which agitate the partisan base.

There will therefore be inquiries into the favorite subjects of the right: the Biden family affairs and the actions of the “deep state”, which is accused of unfairly targeting the right.

In addition to securing Republican lawmakers a captive audience on Fox News, these investigations will elevate relatively innocuous cases in a way that makes the mound of Joe Biden scandals look as big as the ever-expanding mountain of Donald Trump scandals.

The true nature of the GOP

This session will show that extremism is not the business of a small minority in the Republican Party .

Indeed, as when a majority of Republican members refused to ratify the election of Joe Biden on January 6, 2021, it is the majority of the Republican delegation that will play this game during this new session.

What does all this mean for Donald Trump? It's not clear. Some speak of a weakening, as anti-McCarthy extremists refused to immediately obey his calls to order.

It is however also true that through all this circus, the Republicans took care to defend the ex-president and claim to be part of his political movement.

It is also true that the thinly veiled objective of the investigations that are beginning in the House is to drown Trump's scandals in a sea of ​​what-aboutism.

In this context, Republicans will feel compelled to come to Trump's defense, which can't hurt him.&nbsp ;

No, the ex-president in semi-retirement at Mar-a-Lago has not said his last word.