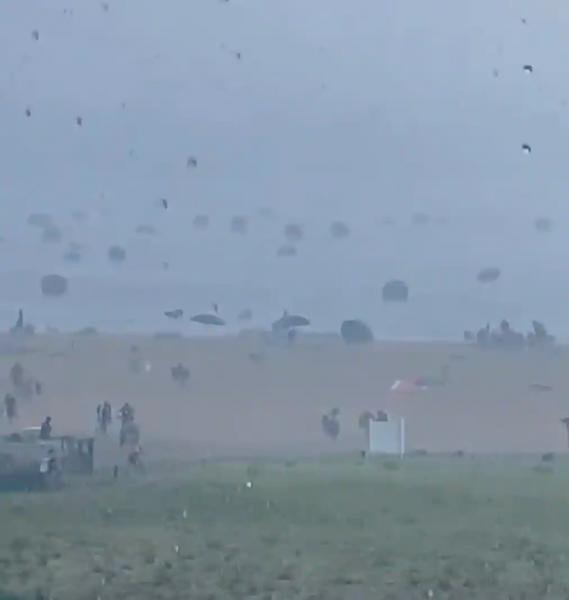 Dozens of umbrellas swirled through the air as gusty winds swept across the U.S. state of Delaware on Friday, the reported New York Post.

The famous video was captured by a swimmer in Bethany Beach, a small town coast of Sussex county. Visitors were spotted fleeing the beach as gusts lifted umbrellas, whirling them through the air before they ended their run in the ocean.

On social media, one user posted a even called the scene “downright apocalyptic”.

Crazy storm that came out of nowhere! Umbrellas went flying. hoping no one got hurt #bethanybeach #seacolony pic.twitter.com/waEZhFF82w

According to witnesses, the storm came out of nowhere.

The storm that was captured on the shores of Bethany Beach came a day after witnesses saw a whirlwind of air and water, called a waterspout, near Smith Island off Chesapeake Bay in Maryland, about 130 miles away.

< p>Extensive damage to structures and property was reported on Smith Island, but no one was injured, according to New York Post.