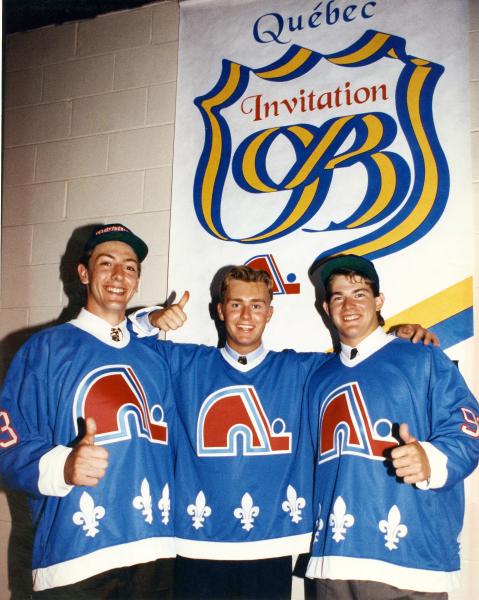 Raised in Laval, Jocelyn Thibault suddenly had to change allegiance, he who had just seen his favorites lift the Stanley Cup, on the ice of the Forum, a few weeks earlier.

“ I have always been a fan of the Montreal Canadiens. I still am today. Obviously, at the time I had followed the team's journey in the playoffs. But when you get to major junior, when you get closer to the NHL, it seems like the level of your fanaticism goes down. All you want is to be drafted. It doesn't matter where,” said the man who, along with some other hopefuls, had been invited to attend one of the final matches between CH and the Los Angeles Kings.

Nevertheless, overnight, he became a star in the Old Capital, the stronghold of the sworn enemy.

But it wasn't until a week later that he was fully able to realize it.

“My aunt entered me into a contest to spend a week with the Expos in West Palm Beach. I had won. But since the Expos were there in March, at the same time as the QMJHL season, I managed to move this trip to the end of June. »

Luckily, at the time, there weren't those development camps that players had to go to a few days after the draft.

< p>“ With my girlfriend, we left at 6 h the day after the repechage. Let's just say the draft party was over early. It was the private driver of Mr. Aubut [Marcel, shareholder and president] who brought us back to Laval during the night. We hadn't seen baseball, but we had spent a week in Florida,” he said, still amused.

Being selected in the first round, becoming the darling of an entire city and spend a week in Florida, in love, on the arm of the Expos, hard to ask for better when you have just turned 18.