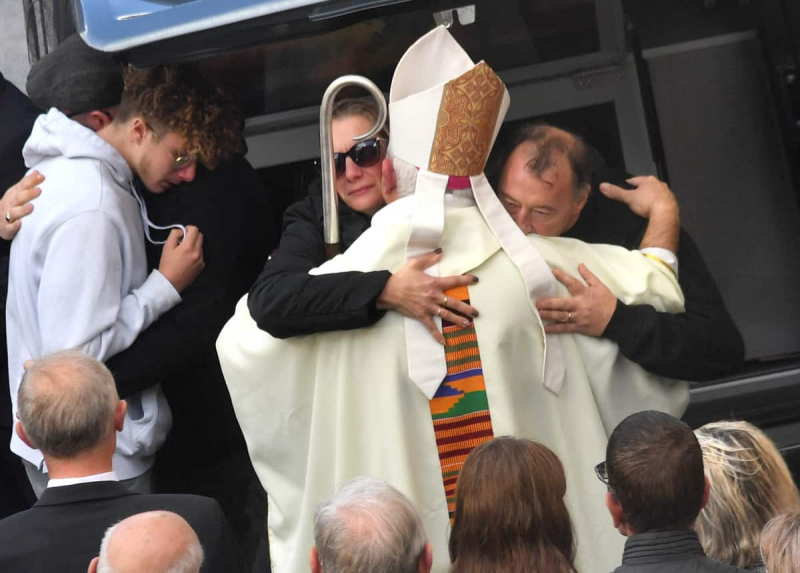 LILLERS | “My Lola, my beloved little sister. We will miss you ”: several hundred people, moved, attended Monday in the north of France the funeral of Lola, whose savage murder at the age of 12 upset the country. < /p>

The white coffin, adorned with a bouquet of white flowers, was carried silently into the church of Lillers, followed by his parents, his brothers, his relatives and a crowd of anonymous people.

“My Lola, my beloved little sister, I hope you can hear me from up there. Unfortunately, you left far too soon. I couldn't tell you how much I loved you,” one of his brothers, Thibault, said in tears into the microphone.

“Your departure today devastates us and annihilates. Our grief is immense”, had previously delivered one of her relatives.

Lola, abused and asphyxiated, was found on October 14 in a trunk in the courtyard of her building in Paris.

The main suspect in the crime is a 24-year-old Algerian, Dahbia B. Arrested the day after the events in the Paris suburbs, she was charged with the rape and murder of Lola and placed in pre-trial detention, solitary confinement, Fresnes prison, located in the southern suburbs of Paris.

She was in France in an irregular situation, being subject to an obligation to leave the territory.

This situation has caused controversy in France, the far right and part of the right accusing the government of “laxity” in terms of immigration, the executive castigating for its part “the indecency” of this “political recovery” .

Originally from the north of France but living in Paris, Lola's family had decided to open the funeral to the public, while reaffirming their desire to “honor the memory” of Lola “in the serenity”, “respect and dignity”. The burial was to take place in the strictest privacy.

French Interior Minister Gérald Darmanin was present inside the church.

Outside, dozens of people were gathered to listen to mass. Among them, Sabine Vizenski, in tears, came with her three grandchildren. “It was my grandchildren, Lola's age, who asked to come,” she said. “We are here to show our support as best we can.”

From the gates of his residence to the email boxes of the municipalities where his relatives lived, thousands of anonymous people sent their condolences. “Thank you all for your support,” wrote Lola's mother in a Facebook message shared more than 20,000 times.

In front of the family's Paris home, a few people continued to gather on Monday, near a low wall covered with hundreds of bouquets, stuffed animals, messages or even small paintings representing children's hands.

“What touches us all? This is the atrocity of this crime,” President Emmanuel Macron was moved on Friday, saying that the girl’s family “needs the respect and affection of the nation”.