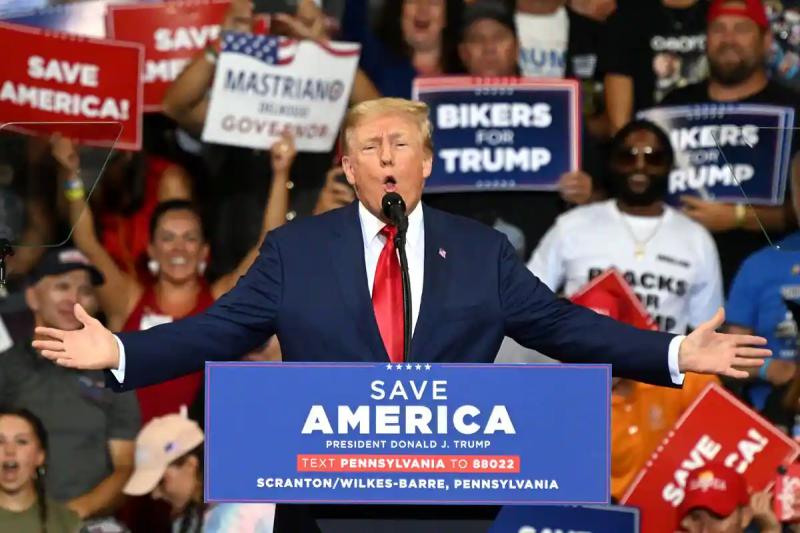 Former US President Donald Trump called his successor Joe Biden an 'enemy of the state' in front of his gathered supporters at a campaign rally ahead of the midterm elections on Saturday evening in Pennsylvania.

“He's the enemy of the state,” the Republican billionaire told the crowd, responding to virulent attacks from Joe Biden, who had said two days earlier that Donald Trump “and the Republicans represent an extremism that threatens the very foundations of our Republic”.

“His speech was only hatred and anger”, denounced Donald Trump, accusing Mr. Biden of having portrayed his supporters as “threats to democracy” and into “enemies of the state”.

“The enemy of the state is him and the group that controls him”, continued the former president in this key state that is Pennsylvania for the Nov. 8 midterm elections, where control of both chambers will be at stake.

In his first public appearance since a spectacular August 8 FBI raid of his Florida residence, Mar-a-Lago, he said the investigative act was “the starkest example of the very real threats facing on American Liberty” and one “of the most shocking abuses of power by any administration in American history”.

“The disgraceful search and raid on my home of Mar-a-Lago were a travesty of justice,” insisted the former president, who openly flirts with a new candidacy in 2024.

The FBI conducted the search because they suspect the former -president of illegally retaining confidential documents from his tenure in the White House (2017-2021).

Federal investigators believe that among the 30 boxes seized are top-secret documents “probably hidden to obstruct an investigation, according to a Justice Department document.