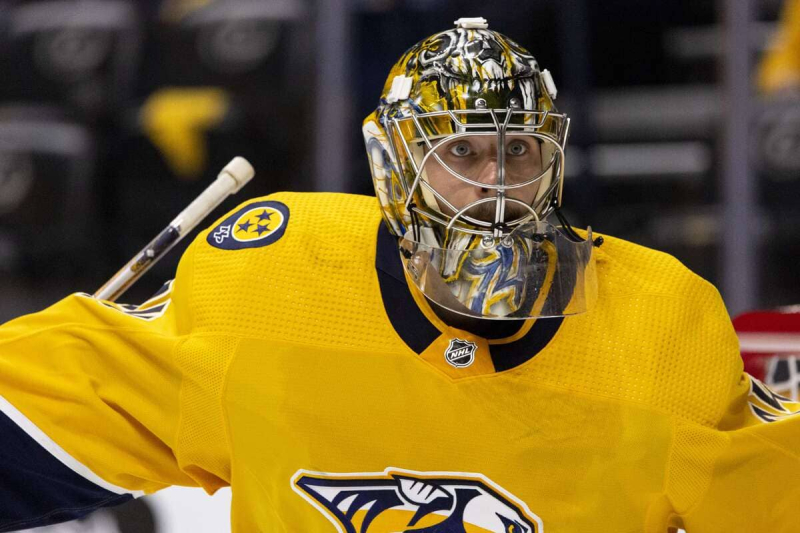 If Juuse Saros played in Montreal, we would certainly call him Jesus Saros. What the NHL's smallest goaltender (5'11″) is doing in net for the Nashville Predators is supernatural.

We saw him mocking the Ottawa Senators on Monday night in a 38-save shutout. Thursday, he stopped 64 shots in a 5-3 victory at Carolina, but we're only talking about two anecdotal games here. It is above all its consistency over the years that is prodigious.

Saros is the Jaroslav Halak of spring 2010, but year after year. Its “worst” season since joining the NHL in 2016-17 was 2019-20 with a respectable record of 17-12-4/.914/2.70. Enough to make Carey Price, Marc-André Fleury, Henrik Lundqvist and his former partner in Nashville, Pekka Rinne, jealous. They each had more difficult seasons.

Another revealing observation: among goalkeepers who have played at least 200 games since 2016, the Finn shares 1st place in the overall efficiency rate with Andrei Vasilevskiy and Darcy Kuemper, at 0.920. His quality start frequency of 66 % in six seasons is second only to Kuemper at 66.5 %.

A fierce competitor, the 27-year-old Finn defies the odds at a time when scouts are looking for net giants. The 9th goalkeeper drafted in 2013 compensates for his small size with a precise positional game based on his great explosiveness, both in reaction and in movement. His control of the blades, his compactness and also his flexibility are part of his recipe.

And he has this gift of tracing the puck well when it rebounds from his body, then repositioning instantly to face the return, using if necessary, the frontal splits.

Trend towards the giants

In the 1990s and early 2000s, I often compared the effectiveness of goalies by size. There were stars in each group, but overall the 6 ft and 6 1 in gatekeepers performed better than the “giants” 6 ft 2 in and up that didn't move very well at the time. The other two groups were holding their own, that of the 5 ft 10 and 5 ft 11 in, as well as that of the 5 ft 9 in and under.

Today, short goalies are now under 6'2″ and there are eight of them in the top 50 goalies.

So we understand recruiters are looking for big guys, but still know how to recognize talent, and in this regard, many NHL teams lose their luck when it comes to evaluating goaltenders.

There will always be a Saros somewhere, but he'll probably be at least six feet tall.

Guardian of the week