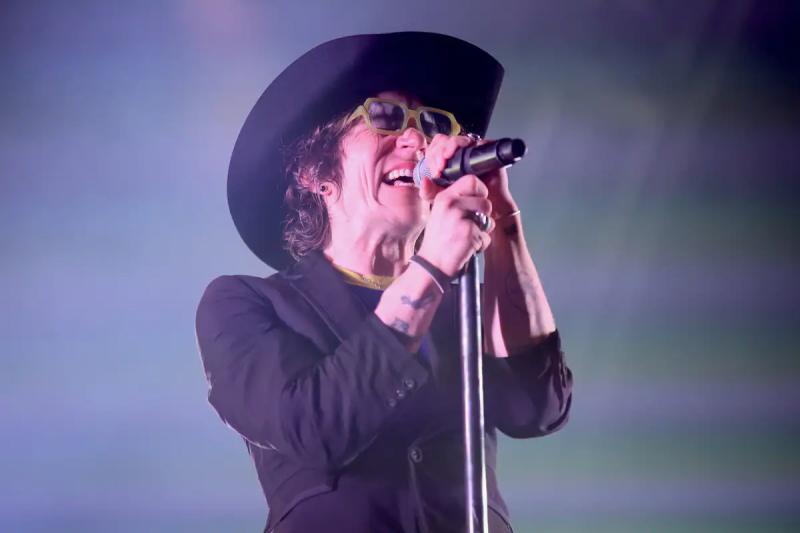 Cage The Elephant's visits to Quebec have been more spaced out in recent years, but lead singer Matt Shultz was quick to remind us Thursday night at Festivent why he's considered one of the most fearsome beasts in the world. scene on planet rock.

At Parc Champigny in Lévis, it was the first time we had seen them at home since a concert at the Osheaga festival in Montreal in 2017. In the Quebec region, we had to go back even further, to a memorable first part of the Black Keys, on the Plains of Abraham, at the 2011 Summer Festival.

Of course, we must not neglect the musical contribution and the energy deployed by the other members from the Kentucky band, except that it is especially to see Matt Shultz struggling like hell in holy water that Cage The Elephant is worth the trip.

Decked out in a hat and oversized glasses that gave him a 1970s rocker look, he took over the stage in a snap, to the tunes of Broken Boy and Cry Baby, swaying like a disjointed puppet.

Returning to a dynamic Social Cues, half an hour after the start of the concert, he was now shirtless and ever more invested in his mission to entertain the crowd, which he fulfilled to the end without flinching for a second.

This reunion with Cage The Elephant was truly more than due.

Nevertheless, it's fine to have a fiery singer, but the music still has to hold up. That's good, the Americans have one of the most prolific and biting repertoire of rock songs of the last decade.

In this regard, the elephants have mainly bet on the titles of their last three albums, Melophobia, Tell Me I'm Pretty and Social Cues, the most recent of which is already from 2019.

A wise choice since two of them won the Grammy for rock album of the year and several songs no longer need an introduction, the cries of joy that greeted Cold Cold Cold, Ain' t No Rest For The Wicked and Cigarette Daydream being a prime example.

Even though he has been a member of Bruce Springsteen's E Street Band for ten years, has rubbed shoulders with other big names in rock and has lived in Quebec for a few years, it was not a foregone conclusion for the American saxophonist Jake Clemons, nephew of the legendary and late Clarence, in the first part.

His solo project being still little known among us, he had an audience to conquer. Certainly, he did not raise the festival-goers, but he left an effective business card. Clearing work well done, in short.

Jake Clemons, who accompanies himself as much on the guitar as on the piano, without forgetting occasional and hard-hitting saxophone solos, seems to flow from rock and roll, so well he assimilates several codes and variants.

Proof example: Consumption Town, a rap-rock title he recorded with Tom Morello, on his recent album Eyes on the Horizon, and which he rocks on stage with the vocal energy of Zack de la Rocha.

Festivent continues this evening by receiving Marie-Mai on its main stage.

Caravan: everything for the rock

If rock music ever wins back the hearts of a large audience, Caravane may be able to stop being the band you play when it's still daylight at festivals.

It was the case the last time we saw them, at the Summer Festival, in 2019, and it was still in the early evening that they were invited to show off, Thursday, at Festivent.

< p>In thirty short intense minutes, the guys from the Quebec formation have once again proven that they are ready to leave everything on stage, in particular singer/guitarist Dominic Pelletier, a furious stage beast if ever there was one. .

Count on them not to give up the fight. “It's been fucking 16 years that we log like cellars, we take nothing for granted, we continue to work hard. Thank you for being there,” said Pelletier, as Caravane scrolled through the best-known songs from his three albums.

Can't wait for these friendly, fiery rockers to play when it's dark. < /p>