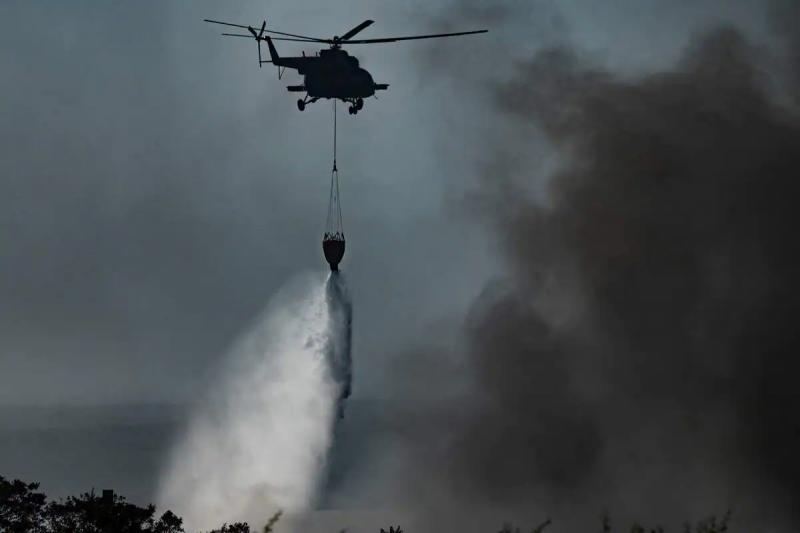 Cuban firefighters still battling the blaze at an oil depot that consumed four of the eight tanks, focused on Tuesday to prevent the fire from spreading further and preparing to spread huge quantities of extinguishing foam.

From dawn, four helicopters circled to drop water in the middle of the burning oil to open a path for firefighters on the ground, noted an AFP journalist.

< p>“Fire crews continue to fight their way past the flames so that the brigades in charge of spreading the foam can advance,” explained the governor of Matanzas, Mario Sabines, on his Twitter account.

The thick black smoke released limits the visibility of the pilots who are assisted by drones, he specified.

“About 40 trucks carrying the dry materials are ready to contain the flames,” added the governor.

Some 17 aircraft in total, 13 from Mexico and four from Venezuela, carrying Oil firefighting and fire extinguishing foam landed at the resort town of Varadero, 40 kilometers northeast of Matanzas.

On Monday, efforts were concentrated in order to avoid “the spread of fire” at a “terminal where the tanks of clear products” are located, gasoline and other light fuels even more flammable than the crude oil and fuel oil which were in the four tanks consumed, said Alexander Avalos Jorge, Cuba's deputy fire chief, at a press conference. flames”,  he said, “it was a chain reaction”.

According to a latest report, a firefighter died and 14 others are missing, 22 people are still hospitalized, including five in critical condition.

The disaster began on Friday evening when lightning struck a tank at the depot located in Matanzas, 100 km east of Havana , which contained 26,000 cubic meters of crude oil, about 50% of its maximum capacity.

Explosions and explosions flames several tens of meters high then spread the fire to the three other tanks containing up to 52 million liters of fuel oil or crude oil.