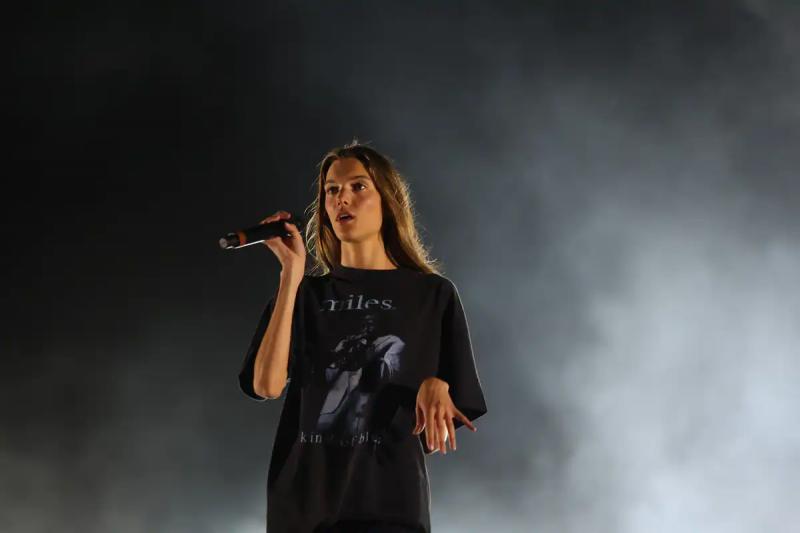 A Quebec star in full possession of her faculties and on her way to the highest peaks, numerous festival-goers and no rain: the Festival d'été de Québec could hardly have asked for better for its return to the plains of Abraham after two summers of absence.

Better, Charlotte Cardin seemed frankly delighted, almost overthrown, Wednesday evening, at the sight of the tide of festival-goers – the site was very busy for the occasion, 60,000 people according to the words of the star – who had just welcomed her in chanting his name.

“We're thrilled,” exclaimed, with a big smile, the 27-year-old artist, one of the youngest Quebec artists to have been offered the Plains as the headliner.

What six years can do. In 2016, she fought the cold and the wind, hidden behind her piano, opening for Peter Gabriel and Sting.

Wednesday evening, just crowned queen of the Junos awards and on the heels of a sold-out tour, Charlotte Cardin appeared fully in charge, confident, charismatic. Not intimidated for two pennies.

From the start, gracefully pacing the stage to the sound of Passive Aggressive or guitar in hand for Daddy, she quickly demonstrated that she had the stature to sing on such a large stage.

Her admirers followed her all the evening. After a series of titles in English, cell phones lit up during his very beautiful ballad I quit. The look was lovely. The crowd then went wild during a segment where they played the sensual card by lining up Dirty Dirty and Sex To Me.

As it did recently in Montreal, the singer seemed to see an incident on the floor and took the opportunity to recall that her concert was a “safe space“. “Nothing is going to be tolerated in non-consensual touching,” she warned.

Then, as promised, it was the moment of the surprise imposed by the concept of the carte blanche and, while Charlotte Cardin sang on the piano Faufile, Patrick Watson advanced almost on tip of the feet and slipped by his side.

In a beautiful and gentle complicity, highlighted by the judicious use of the four giant screens surrounding the new stage, the two friends then offered a title by Watson, I'll Leave You Some Words, and an excellent cover of Diamonds, by Rihanna.

Another cover, that of Fous n’importeoù, by Daniel Bélanger, during which it took a crowd bath, was electrifying. Possibly the best moment of his concert.

As a reminder, she began by wishing a happy 60th birthday to her mother, her “main girl“, to present her song well. Subsequently, radiant, she wanted to take a photo to immortalize what certainly ranks as her greatest feat of arms in her career.

“I wish I was nowhere else,” she said before being joined by a choir for a moving finale to the sound of Anyone Who Loves Me.

Without a doubt, it will not be necessary to use the pretext of a carte blanche the next time he is invited to the Plains.

“Who is following me on TikTok?” Jessia had only been on stage for a few songs, at the start of the evening, when she put it in our face that the social network that promotes the stars in the making, in 2022, is no longer the same as at the last FEQ , in 2019.

In the case of this artist from British Columbia in her early twenties, recent revelation of the year at the Juno Awards, TikTok has certainly been a springboard for her to be known, mainly through the song I'm Not Pretty. But judging by her assurance on stage and her vocal mastery, it would have happened one way or another.

Her short pop songs sometimes have a rock inclination that recalls what Avril Lavigne offers . It's no coincidence that she borrows I'm With You, very well rendered by the way, during her performance.

With an album complete and some hits, this young woman could wreak havoc.

Sandwiched between Jessia and Charlotte Cardin, Ontario's Lennon Stella fell victim to the game of comparisons.

Despite a fine repertoire and the support of two choristers and a brilliant group of musicians, her pop and her scenic energy didn't have as much bite as his compatriots.

On a vast site like the Plains, it's deadly. However, we will want to see her again in a theater. In another, more intimate context, she might be better able to join us.