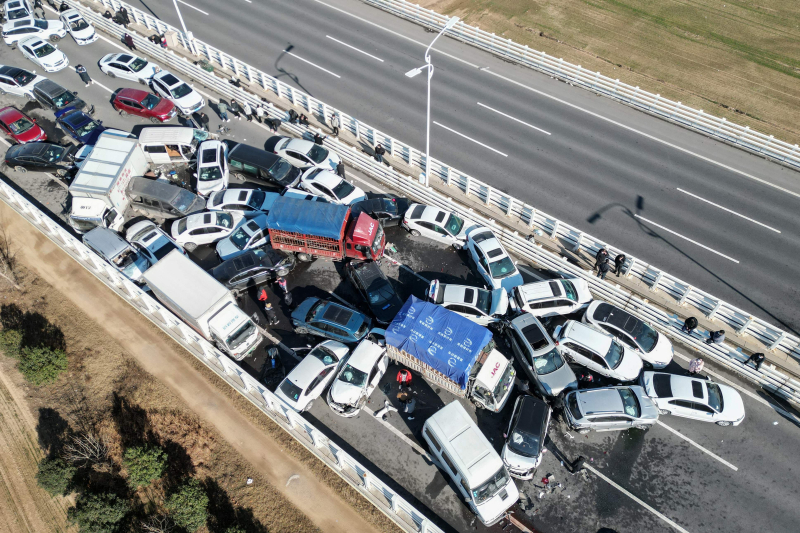 Images aerials show a large number of upside-down cars, vans and trucks on a section of highway in the center of the country. Traffic appears to be cut off.

Photographs have immortalized cars having finished their race on the roof of vehicles in front of them.

This rare large pile-up involved at least 200 vehicles, according to an estimate by state media.

According to local authorities quoted by the public broadcaster CCTV, low visibility due to fog is the cause of this accident, which occurred Wednesday morning near Zhengzhou (center) .

Traffic on the affected section of highway was able to resume in the afternoon, Zhengzhou police said on their account official.

Despite recent road infrastructure and stricter legislation in recent years, road accidents are still frequent in China, due to the non-respect of the highway code by some drivers.