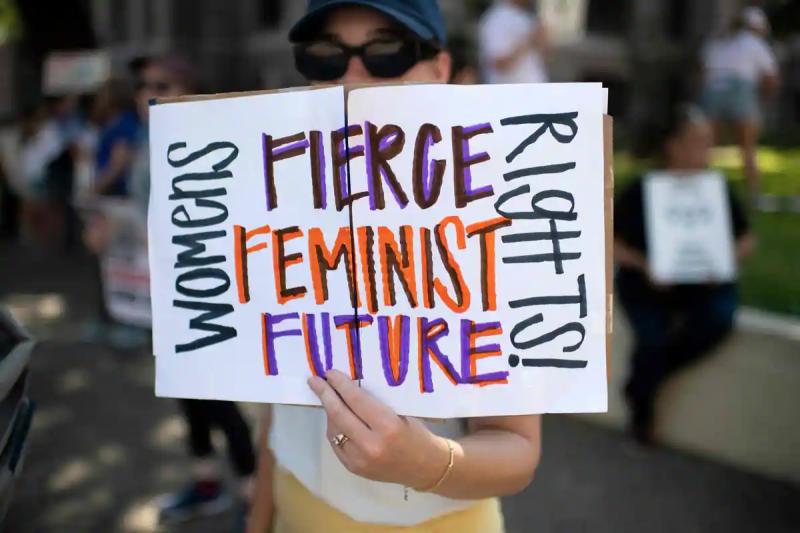 Thousands of people demonstrated on Saturday in several cities in the United States, including Washington, to call for the defense of the right to abortion blasted at the federal level this summer by the Supreme Court and to unleash a Democratic “blue wave” in midterm elections a month away.

“We will not go back,” chanted the protesters, mostly women, waving signs calling for a “feminist tsunami” and “vote to save women's rights” in the face of the conservative offensive. p>

“I don't want to be forced to go back to another time,” Emily Bobal, 18, a student in Washington, told AFP. “It's pretty ridiculous that we still have to [demonstrate] in 2022” to defend this right, she added, saying she fears that the Supreme Court is now attacking gay marriage.

“Most of us are ready to take to the streets and fight for democracy and for people's right to control their bodies, women and men,” said Kimberly Allen, 70, for whom the results of the midterm elections on November 8 will be decisive in terms of the protection of rights.

Many demonstrators wore a green armband and scarf, the rallying color of pro-abortion (voluntary termination of pregnancy). Others waved huge blue flags (the color of the Democrats) crossed out with a “Vote” as well as wave-shaped blue signs symbolizing the surge they want during the ballot.

A few counter-protesters urging to “find Jesus Christ” and for which “abortion equals murder” were booed.

Similar rallies have been held in New York City and Denver, Colorado, among others.

“The wave of women will pursue EVERY anti-abortion politician, wherever they live,” Rachel O'Leary Carmona tweeted, chief executive of Women's March, the main organization behind the protest, which is urging to elect “more women” and pro-abortion rights candidates next month.

Elections will determine control of the Senate and of the House of Representatives. The Democrats, led by Joe Biden, want to steer the debate on defending abortion rights and democracy.

At the end of June, the Supreme Court struck down the constitutional right to abortion. Immediately, many states run by Republicans banned voluntary terminations of pregnancy on their soil, and many battles were launched in the courts.

Last development to date, an appeals court in Arizona decided on Friday that abortions could again be performed in that state.