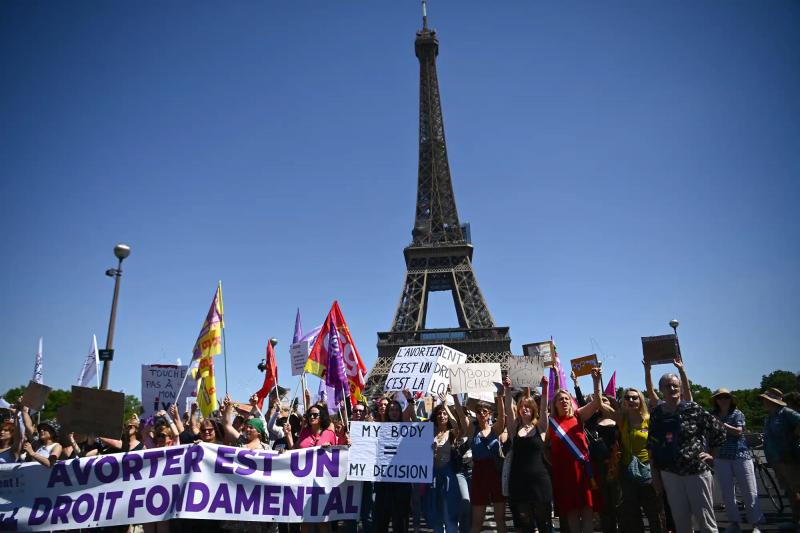 Rallies, of several hundred demonstrators each, took place in France on Saturday to defend the right to abortion and provide support for American women, after the Supreme Court's decision to overturn what many took for granted.

At the head of the Parisian procession, Suzy Rojtman, member of the collective “Abortion in Europe – Women decide”, evokes a “shock wave”. She fears that given “the importance of the United States in the world”, the right to abortion is regressing “everywhere” and that “countries are inspired by the United States to deny this fundamental right”. /p>

Still in Paris, where some 1,500 people marched according to the Ministry of the Interior, a 16-year-old girl, Thaïs, holds up a sign saying “130 abortion centers (voluntary termination of pregnancy, editor's note) have closed in 15 years” (in France, editor’s note). She worries about a “snowball effect”.

The United States Supreme Court on June 24 ended the federal legal guarantee of abortion nationwide. It is now up to the 50 states to decide on abortion. Half of them, according to the Guttmacher Institute, (especially in the south and center) have already banned it or are considering doing so.

The protesters – including men and many very young women – marched singing “From New York to Paris, free and free abortion” or “Abortion, we fought to win it, we will fight to keep it”.

< p> “The abortion saves lives”, “Keep your laws off my body” Remove your laws from my body), “Leave the women alone for once”, could we read on the placards of the participants. Many were written in English.

“Abortion in Europe – Women decide”, joined by numerous feminist associations, trade unions and political parties, around thirty demonstrations brought together some 6,500 people in total. France, according to the Ministry of the Interior.