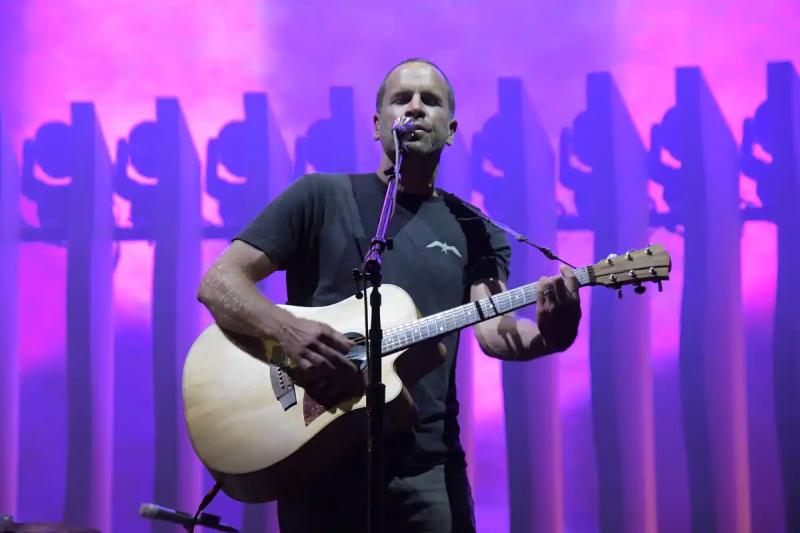 A soft surf-rock wind from Hawaii blew over the Plains of Abraham on Thursday evening, courtesy of the generous and laid-back Jack Johnson.

On his first visit to Quebec since the start of his prolific career, the surfer/rocker played the card of sobriety. With Johnson, forget the brilliant staging, the electrifying guitar solos and the great vocal flights.

The atmosphere was relaxed, very relaxed. Sometimes too much. Dressed in simple jeans with a t-shirt and escaping “good evening” and “thank you very much” in French, Jack Johnson was above all content to align his successes by remaining posted behind his microphone. The connection with the public suffered greatly, mainly in the first half of the concert.

This explaining that, like many other headliners before him, the Hawaiian singer noticed that things were not moving very much on the VIP side of the floor. “Prove yourself. It’s dancing a lot more on this side,” he pointed out, pointing to the general admission side.

Slowly, but surely, Jack Johnson managed to win over the festival-goers. After waking them up with the irresistible melody of Upside Down, thousands of arms swayed to the beat of Inaudible Melodies.

It wasn't the frenzy seen at Charlotte Cardin the day before, but we had something to eat. Temporarily.

Also taken from his debut album Brushfire Fairytales, the catchy Bubble Toes kept the momentum going, before that jolt faded again for a while.&nbsp ;

He had to revisit Banana Pancakes, and the support of the amazing pianist/accordionist Zach Gill, by far the most captivating of the quartet, including Johnson, to put some pep back on the Plains.

The last quarter of an hour, notably lulled by interpretations inspired by Good People, Do You Remember and Better Together saved the day. The real connection we wanted has finally happened.

We cannot accuse Jack Johnson of having arrived empty-handed. His generous program contained nearly 25 titles, spanning his entire repertoire, with particular attention to his most celebrated album, In Between Dreams.

Nevertheless, even for a cruiser of her caliber, the Plains can sometimes be quite large. This was the case for much of Thursday evening.

The rumor was true.

The latest Australian import to set the stage ablaze, Tash Sultana is a fascinating creature.

An all-around performer, Sultana can play any instrument and during the first half of her Thursday night performance, alone on stage, the Melbourne native created all the sound loops needed to render songs from her three albums released since 2016.

At one point, Tash Sultana alternated between guitar, keyboard, drums and bass in less than a minute. Add a touch of saxophone here and there. Stunning.

Musically unclassifiable, Sultana borrows from all styles – rock, R&B, soul, blues, electro and so on – to create her own sound universe.

In addition, she has a fabulous voice, capable of covering a wide spectrum with exceptional accuracy and which she showed off even more when her musicians showed up halfway through.

To see or see again without fail!

Geoffroy: there for Jack

Because of the pandemic, Quebecer Geoffroy had missed his chance to open for Jack Johnson on the Plains in 2020. To his great happiness, it was only a postponement and he was able to warm up the fans of his idol on Thursday evening.

In English, with the hope that he will hear it from behind the scenes, Geoffroy said the Hawaiian singer had been an inspiration to him. “We know you're not coming to hear us. I'm here for Jack Johnson too,” he joked.

If ever friend Jack took a look from behind the scenes, he surely wasn't disappointed. Geoffroy was equal to himself, relaxed and energetic when the situation called for it, like when he organizes a drum party on Raised By Wolves.

Actually , he was so invested that he forgot that time was running out and he had to cut a song at the end. No big deal, “it was a dream to play here”, he consoled himself.