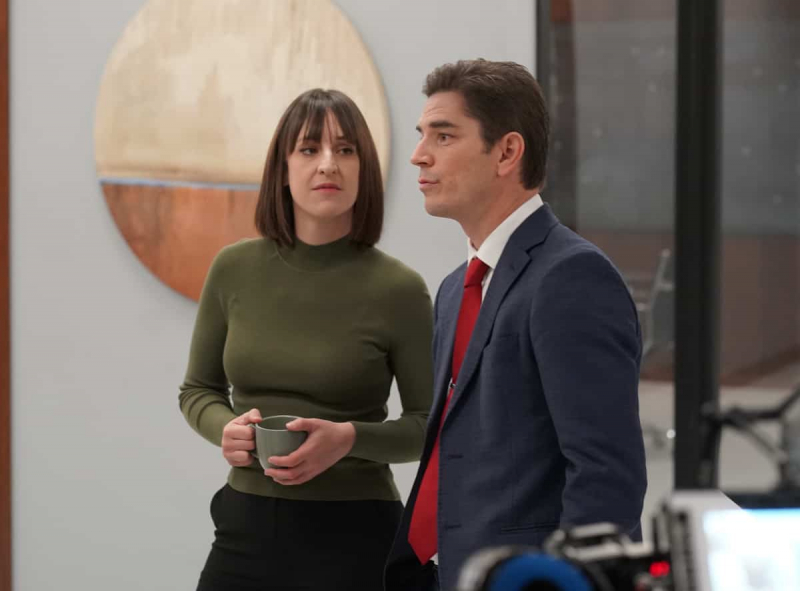 It was the last day of shooting the daily Indefensible, Friday, as the four main actors – Sébastien Delorme, Nour Belkhiria, Anne-Élisabeth Bossé and Michel Laperrière – boxed scenes from different episodes to complete the first season.

These scenes had not yet been captured for lack of time or because of scheduling conflicts, told the QMI Agency Sébastien Delorme, who plays Me Léo Macdonald in the judicial fiction of TVA. “It forces us to change several times,” he said.

Sébastien, who plans to take advantage of the next few months of rest to do a lot of sport, is “proud to have gone through this long marathon”.

“The workload was heavier for me than on District 31, he pointed out. It’s mostly a take that I do [for a scene]. […] That's why I'm proud when I watch the series, even if I might have wanted to redo certain scenes another time, ”he said with a smile.

And as if he didn't already have enough texts to learn, Sébastien was also filming on weekends, over the past few weeks, on the set of the second season of the series Les bracelets rouges of VAT. Antoine L'Écuyer plays his son Justin, replacing Noah Parker.

In an interview in the courtroom setting of Indéfendable, Sébastien Delorme said he was satisfied with to have “been credible in court” and to have been able to create his “own style of lawyer”. About his character who is currently facing justice, he says that “the hero has to go through many pitfalls” for it to be interesting.

Michel Laperrière, who plays Me André Lapointe, for his part quit alcohol during the filming of Indéfendable, just to be focused on the task at hand. “It ends tonight and I have a good bottle in the cold,” he joked.

“I didn’t see the time pass. I was raised on a farm and we worked seven days a week, so I'm used to it. I don't see why I would complain about doing something that I love, intensely.”

“We take over the character, but it seems that the character also makes a way towards us, he added. André Lapointe is very idealistic, but he is sometimes disenchanted with certain things. He's a passionate character, that's very interesting to go into there. I like this passion.”

The team performed “little miracles” throughout this marathon that imposes the filming of 120 episodes in 158 days.

Executive producer Nancy Gauthier, from Pixcom, had to set up a daily structure from A to Z, a challenge punctuated by the shortage of labor and materials, not to mention COVID-19.

< p>“What helped us was that we had a head start on the texts, which were very well worked on. So we were able to predict what was coming, set up the schedules, prepare the sets we needed, do the “casting”, said Ms. Gauthier, specifying that over the next few months “we will continue to develop the main characters, go deeper into their personal lives and discover all the facets of their personalities.”

It should be noted that two young girls, Catherine Jacob and Tricia Germain, were on the set on Friday, they who won the contest “Become a jury of Indefensible“. They were able to live an extra experience for two days for the filming of the last trial of the first season.

The daily Indéfendable is broadcast Monday to Thursday, at 7 p.m., at VAT.