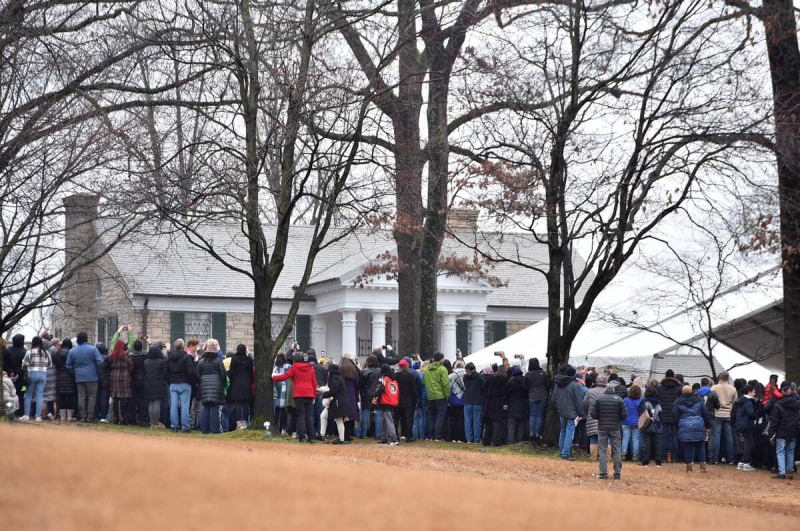 Singer Lisa Marie Presley now rests next to her father Elvis, the “king” of rock and roll, at his legendary home in Graceland, Tennessee, where hundreds of admirers and loved ones have gathered Sunday for a tribute ceremony.

At dawn, a long crowd lined up to attend this funeral service in Memphis, with flowers or photos of the singer in hand. and author died at 54 on January 12.

The ceremony was to end with a procession to Meditation Garden, the Graceland garden where the graves of Elvis Presley, several members of his family and now his only daughter, Lisa Marie, whom he had had with actress Priscilla Presley.

On a stage where was posed a large photo of Lisa Marie Presley, the singer of the Smashing Pumpkins, Billy Corgan, then Alanis Morissette and Axl Rose, the leader of Guns N' Roses , paid tribute to him. A choir also sang a gospel.

“Grieving is the price to pay for love,” said the Duchess of York, Sarah Ferguson, a friend of Lisa Marie Presley, attributing her words to the late Queen of England Elizabeth II, who died on September 8, 2022 .

The singer had died shortly after her emergency hospitalization in California after a cardiac arrest.

The great mansion of Graceland, where Elvis Presley was found unconscious on August 16, 1977 , before his transport to the hospital and his death at the age of 42, has become a mythical place, transformed into a museum and visited every day by tourists and admirers. It was controlled until her death by Lisa Marie Presley.

Lisa Maria Presley had four husbands, including Nicolas Cage and Michael Jackson, and four children during her lifetime. She had released three albums in her career, without meeting the success of Elvis, one of the most famous artists of all time.

Very close to her father, who had baptized his private jet Lisa Marie, she was 9 years old when he died.

She will also rest close to her son, Benjamin Keough, who died by suicide in 2020.