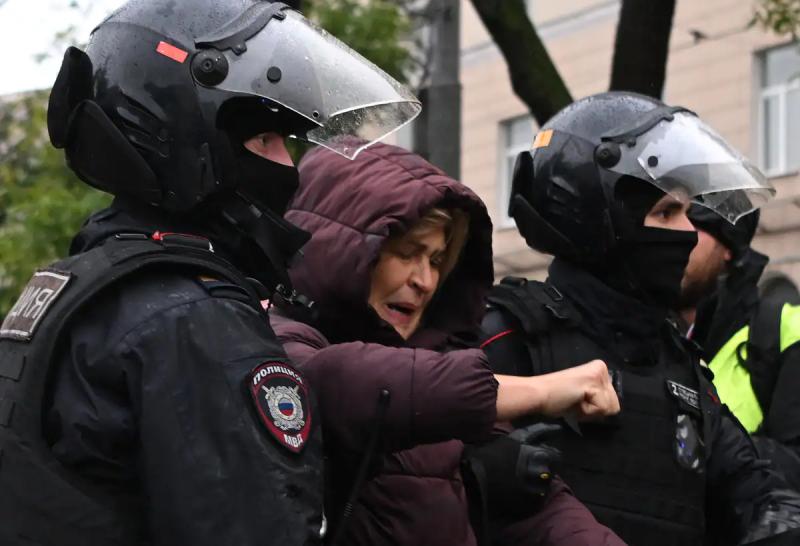 Russian authorities arrested more than 700 people on Saturday during protests against the mobilization of reservists to fight in Ukraine, decreed this week by President Vladimir Putin, an NGO reported.

According to OVD-Info, an organization specializing in tallying arrests, at least “710 people have already been arrested in 32 cities” across Russia, almost half of them in Moscow.

In the Russian capital, a large police force had been deployed in the central district of Chistye Prudy, AFP journalists noted.

Most of the demonstrators present were walking around or remained motionless individually or in small groups so as not to be spotted and arrested. Despite everything, AFP witnessed the arrest of around twenty people.

“We are not cannon fodder!” a young woman shouted as police in riot helmets dragged her away. This is one of the slogans of the demonstrators opposed to sending mobilized soldiers to Ukraine.

In Saint Petersburg (north-west), the country's second largest city , AFP saw around 30 people being taken aboard a police bus.

Here too, the protesters were trying to be discreet.

Ilia Frolov, 22, brought a small banner with the word “peace” written on it. “I want to express my disagreement with what is happening…I don't want to fight for Putin,” he said.

“I am against war and mobilization. I am afraid for the young people,” explains another resident, Natalia Doubova, aged 70.

Wednesday, the day Mr. Putin announced the mobilization, nearly 1,400 demonstrators had were arrested across Russia.

Some of them, including two with whom AFP was able to speak, said that the authorities had given them a mobilization order at the police station.

The Kremlin defended this practice, assuring that it was not “illegal”.

Protests against the offensive in Ukraine are harshly repressed in Russia. Several thousand people have been arrested since the start of the conflict in February.

On the other hand, hundreds of people gathered in Moscow and Saint Petersburg on Friday to support the offensive and the annexation of areas controlled by Russia. Without being worried.