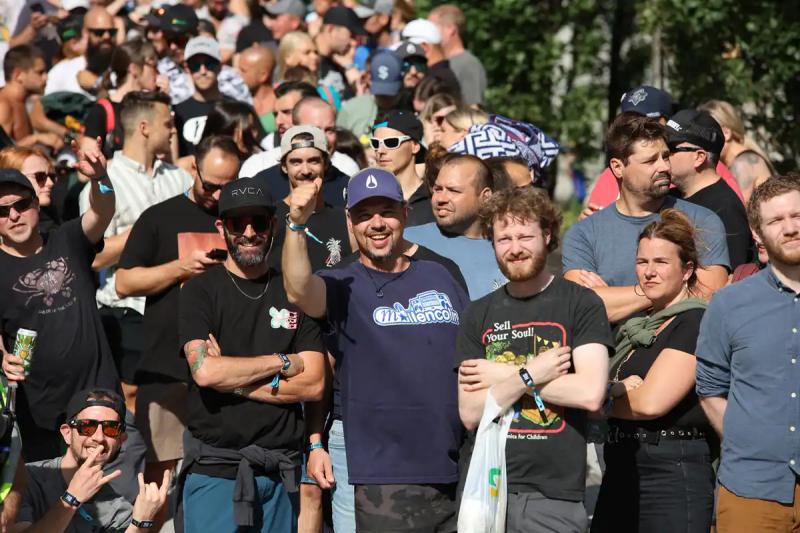 A few minutes ago, at 5:30 p.m., the Festival d'été de Québec posted a message on social networks saying that only people in line, at this time, at Millencolin, Pennywise and Sum 41 could enter the Parc de la Francophonie site from the Tourny fountain.

FRANCOPHONIE PARK. Only those in line from the Tourny fountain should be able to access it. Further, you may not be able to enter. Note that the Sum 41 show will be broadcast at 9:15 p.m. on the screens instead of AssNat. Thanks! #FEQ pic.twitter.com/Yk1adPCwpD

At 6 p.m., the line was well past this location to continue to the Saint-Louis gate , via Honoré-Mercier Avenue and René-Lévesque Boulevard.

Around 7:35 p.m., festival-goers at the front of the line were still able to enter the site.

The show, for latecomers, will be broadcast at 9:15 p.m. on the screens at the Place de l'Assemblée-Nationale.

Sum 41 had also succeeded in having the site shut down, somewhat later, however, when they visited the same location in 2018.