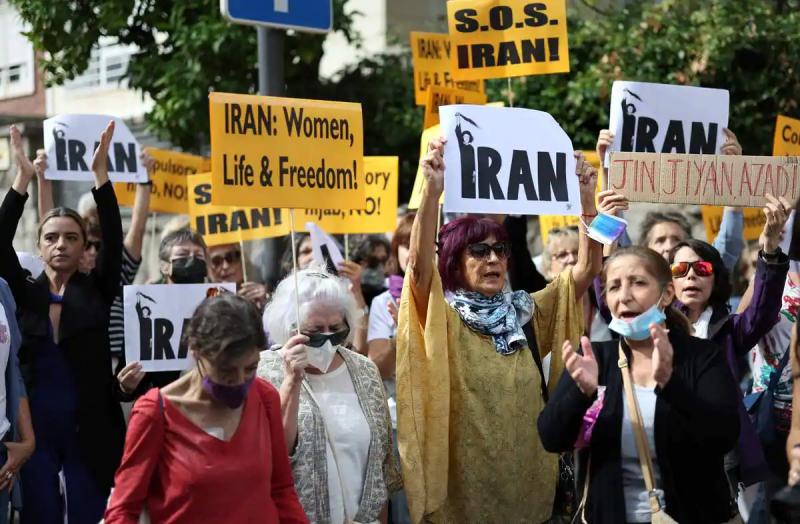 Police in Iran warned on Wednesday they would act with 'full force' in the face of protests sparked by the death of a young woman in custody, yet another show of steadfastness in power despite the death dozens in the crackdown.

Further protests erupted on Tuesday night over the September 16 death at the hospital of Mahsa Amini, a 22-year-old Iranian woman arrested three days earlier by the morality police in Tehran for breaching the strict dress code for women in the Islamic Republic of Iran.

“Today, the enemies of the Islamic Republic of Iran and some rioters seek to disrupt the order and security of the nation using all pretexts,” the police command said in a statement.

“The police personnel will oppose with all their strength the conspiracies of counter-revolutionaries and hostile elements and will act firmly against those who disturb public order and security throughout the country,” he continued, quoted by the Fars news agency.

Despite international calls to end the use of force against protests that have been going on for 12 days, the government has stood firm.

In recent days, President Ebrahim Raisi has called on the forces of the order to act “firmly” against the “rioters” and the head of the judiciary, Gholamhossein Mohseni Ejei, has ruled out any “leniency” towards them.

Authorities deny any involvement in the death of the young wife, but the family claims otherwise.

According to Erfan Salih Mortezaee, a cousin of Mahsa Amini, met in Iraqi Kurdistan, the young woman died after “a violent blow to the head” given by the morality police on the day of her arrest on September 13.

The police “hit” her before taking her to a van where “the beatings continued”, according to the story of the young woman's mother reported by Mr. Mortezaee. She was then taken to hospital, where she died after three days in a coma.

According to opposition media based abroad, as every evening since September 16, demonstrations took place on Tuesday evening in different cities. But activists said disruptions to internet connections were making it increasingly difficult for the images to be transmitted.

On Wednesday, Telecommunications Minister Issa Zarépour said that “restrictions have been applied to certain platforms, in particular American ones” which “played a role of organizer of the riots”. “The lifting of restrictions on the Internet depends on a decision by the authorities.”

According to a latest report given Tuesday by the Iranian news agency Fars, “about 60 people have been killed” since September 16 . Police reported 10 policemen dead but it was unclear whether these were among the 60 dead.

The Oslo-based NGO Iran Human Rights (IHR) has she spoke on Monday of “at least 76 dead”.

In addition, authorities have reported the arrest of more than 1,200 protesters since September 16.

Activists, lawyers and journalists have also been arrested, according to NGOs. On Tuesday, Faezeh Hashemi, the daughter of ex-president Akbar Hashemi Rafsanjani, was arrested in Tehran for “inciting rioters to demonstrate”.

Women are at the forefront of protests in Iran. They are supported by several demonstrations abroad.

Since September 16, protesters have shouted anti-government slogans, torn up photos of Supreme Leader Ali Khamenei and Imam Khomeini, founder of the Islamic Republic, or threw stones at the security forces, torched police cars and set fire to public buildings, according to videos.

The authorities denounce “foreign plots”, pointing to singling out the United States, their sworn enemy.

As several European countries already have, Spain summoned the Iranian ambassador on Wednesday to protest against the repression of demonstrations.

The protests in Iran are the largest since those of November 2019 , caused by rising gasoline prices, which had been severely repressed –230 dead sel we have an official record, more than 300 according to Amnesty International.