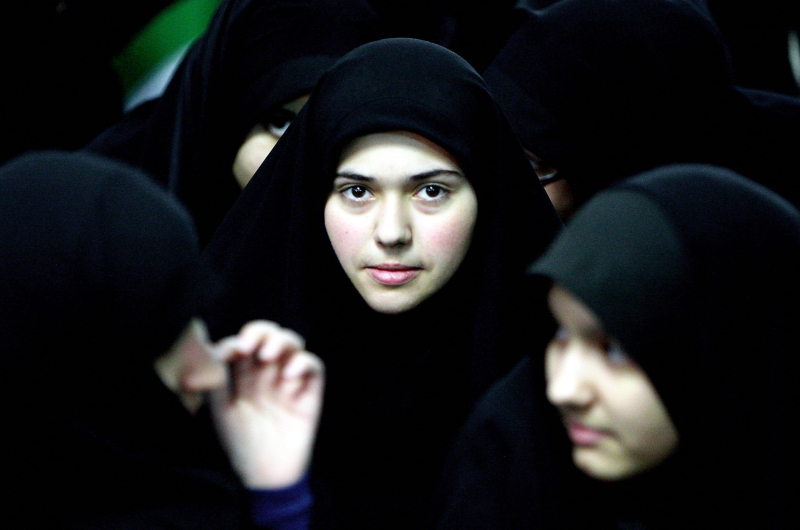 The compulsory wearing of the veil could be abolished in Iran. Faced with the generalized popular revolt, the religious power retreated and dissolved the morality police.

But what is in question is much more than a question of the veil and the police of morals: it is the totalitarian power of the religious. These continue to weigh on consciences.

They mentally torture Muslims by making them believe that hell awaits them after death if they do not submit to their dictates.

As in other religions, religious leaders manipulate individuals through two vital activities: sex and food. Controlling these two functions paves the way for total control of the people.

In a democracy, such power is repugnant, because religious leaders substitute for elected officials.

This religious power is totalitarian in nature, because it aspires to control the whole life of individuals.

In this sense, democracy and religions are enemies.

In a democracy, the government does not seek to control the private sphere of individuals, except in rare exceptions which come under the Penal Code. And again, this control passes through elected officials, who can change it if the citizens are unhappy with it.

No such thing in societies run by religious people. They alone decide the laws.

The veil is the most visible and glaring expression of the power that religious exercise over the consciences of Muslims. Firstly because it is not imposed on men, and secondly, because wearing it reveals that the person who undergoes it lives in a state of religious terror.

In a democracy, it is unbearable that the non-elected exercise such power over the citizens, because this power is rival to that of the elected. Because this power undermines the foundations of individual freedom.

Religious fundamentalists are unable to understand the limitations of their religious books. At best, they admit that divergent interpretations may exist. At worst, they persist in believing that these books are of divine origin and therefore cannot be criticized in any way.

In addition, in the specific case of the mullahs, the population has understood how in the name of Allah the religious monopolize wealth. An old failing that many religious leaders have fallen into throughout history.

Abolishing the morality police and relaxing the rules for wearing the veil will not be enough to satisfy the Iranians. But this marks an important step in the struggle between religion and democracy.