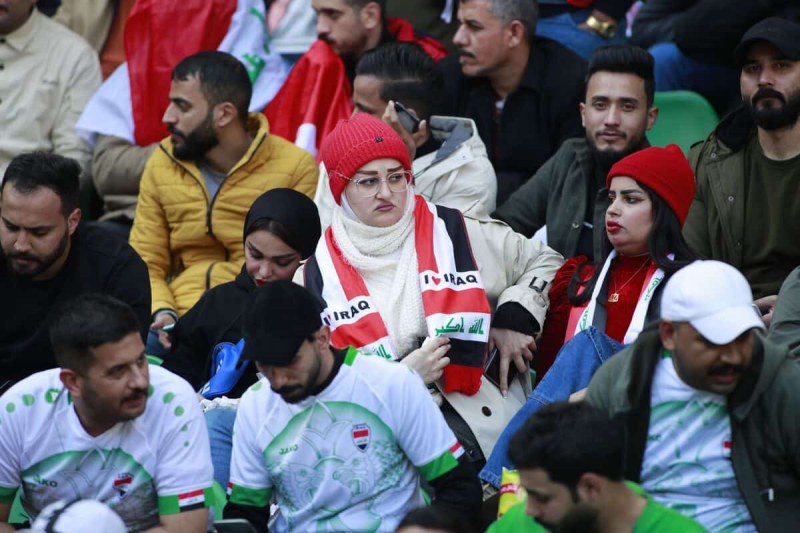 One person died and “dozens” of others were injured in a stampede outside a stadium in Iraq on Thursday where the Gulf Cup final is to be played, a- we learned from medical and security sources.

Thousands of supporters without tickets crowded at dawn in front of the gates of a stadium in Basra (south), in hoping to watch the game between Iraq and Oman from 7 p.m. (4 p.m. GMT), when the stampede happened.

The crush was caused by the “large number of fans, especially people without tickets, who had gathered since the morning and tried to enter” the stadium, he said said.

According to an AFP photographer inside the sports complex, the gates were closed when the stampede took place. He said he heard the sirens of many ambulances coming to help the injured.

In photos posted on social networks, we could see a tide of people trying to reach the stadium.

Prime Minister Mohamed Chia al-Soudani has announced that he will go to the scene of the tragedy, according to a press release from his office.

He chaired “an urgent meeting in the presence of some ministers and the governor of Basra”, organized “to discuss special measures for the final of the Gulf Cup 25”, according to the same source.

The Iraqi army called in a press release on the Iraqis to “respect the security instructions” concerning access to the stadiums, in order to “close the championship in a civilized way which brings honor to Iraq”.

Iraq, a country battered by four decades of conflict, is counting heavily on the 25th Gulf Football Cup in Basra to restore its image after years without being able to organize international meetings because of the security situation.

The tournament brings together eight countries (Iraq, Kuwait, Oman, Saudi Arabia, Bahrain, Qatar, Yemen and the United Arab Emirates) and Iraq has managed to qualify for the final which is due to take place on Thursday evening.

This is the first time since 1979 that the Gulf Cup, a biannual event, has been held there.

But logistical problems have plagued the tournament from the opening ceremony two years ago. weeks. Thousands of supporters – some with tickets – and duly accredited journalists had been refused access to the stadium without a specific reason.

And on January 8, an altercation between around twenty men in a VIP section of the Basra International Stadium took place before the Iraq-Oman opener (0-0).

Iraq has already seen bloody stampedes. The last killed 31 and injured a hundred in September 2019 in Kerbala, during the Shiite pilgrimage of Ashura, south of Baghdad.