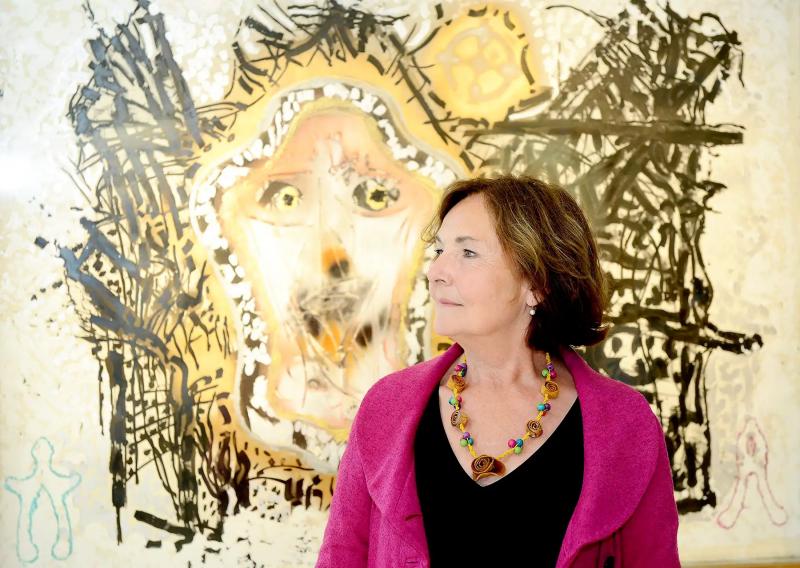 At the dawn of Jean-Paul Riopelle's 100th birthday, the Montmagny library is organizing a series of activities to honor his memory and immerse yourself in the world of the famous painter who died in 2002.

At the center of this commemoration, an exhibition featuring works from the collection of his spouse, Huguette Vachon, will be presented from June 16 to September 10.

Died on March 12, 2002, at the age of 78, the painter, engraver and sculptor spent the last ten years of his life at his home in L'Isle-aux-Grues and in his studio on the island. aux Oies in the MRC de Montmagny.

It was in these places, in 1992, that he created Tribute to Rosa Luxembourg, considered his flagship work and that the can be seen at the National Museum of Fine Arts of Quebec.

Spouse of Jean-Paul Riopelle during the last 16 years of her life, Huguette Vachon admits to being very excited at the thought of the many festivities and commemorations that will take place in Quebec, across Canada and even in Europe in 2023.

I'm quite proud that he's finally being celebrated as the 'great leader' of the arts and painting ,” she said in an interview. telephone.

Most of the paintings that will be exhibited were made in L'Isle-aux-Grues and Île aux Oies and inspired by these two places. Works belonging to private collectors could be added to those – between 25 and 30 – owned by Huguette Vachon.

“ The Jean-Paul Riopelle that I knew is that of L'Isle -aux-Grues and Île aux Oies where he lived. Jean-Paul really liked the light that was present on the side of the river. It is anchored in the Montmagny region ”, she pointed out.

The activities surrounding the 100th anniversary of Riopelle will be launched on Saturday at 1:30 p.m., on the occasion of the Journées de la culture. Accompanied by visual arts specialists, people will be able to participate, at the Montmagny municipal library, in a Riopelle-style creation workshop.

The library will launch, on October 7, the day of the birth of Riopelle, a school program which aims to make him known and to teach the local culture based on the heritage of Montmagny.

On March 12, date of the death of the artist, we inaugurate a monument to his memory. It could be erected on the site where the Riopelle-Bourgault exhibition took place in 1991.

In May, a commented cruise will criss-cross the scenery of the archipelago of Isle-aux-Grues that inspired Riopelle. Later, in 2023, a conservation center will be inaugurated, attached to the library, where works and objects that belonged to the artist will be found.

Full details are online at ville.montmagny.qc.ca/riopelle