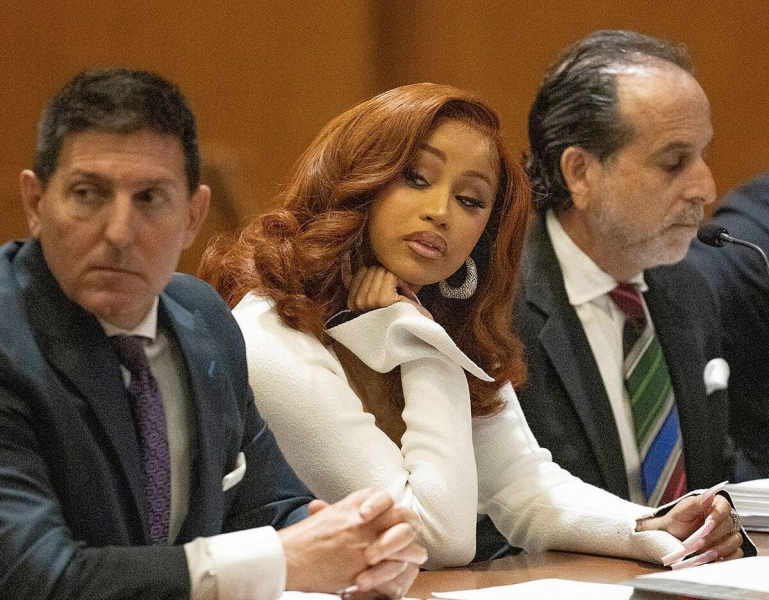 As usual, New York rapper Cardi B made a notable appearance Thursday in Queens Criminal Court where she pleaded guilty and avoided jail time for taking part in a fight in 2018 in a strip club.

Dressed to the nines, dressed in a tight cream-colored dress, perched on high heels and wearing her famous giant false nails, Cardi B, whose real name is Belcalis Marlenis Almanzar, had been pursued for four years for a brawl in a nightclub in the huge and popular borough of Queens, on August 29, 2018.

During this evening, the small group with which the famous rapper — who will be 30 years old in October — was allegedly threw furniture at two waitresses at the club, on the orders of the Bronx-born diva.

Cardi B suspected one of the two women of having had a sexual relationship with her husband, rapper Offset, who was performing that night at the nightclub with his band, Migos.

While she pleaded not guilty in 2019 to 14 counts and refused any agreement with the courts, the artist pleaded guilty on Thursday to two minor offenses in Queens Criminal Court, one of the five New York boroughs.

The other charges were dropped and she will simply have to perform 15 days of community service, according to the court. If she fails, however, she will be sent to jail for the same period.

Arriving and departing, Cardi B merely greeted reporters outside the courthouse and to answer one of them that she was “fine”.

In the summer of 2020, her hit “WAP,” featuring rapper Megan Thee Stallion, was hailed as an ode to female desire and debauchery, but lambasted by conservatives Americans.