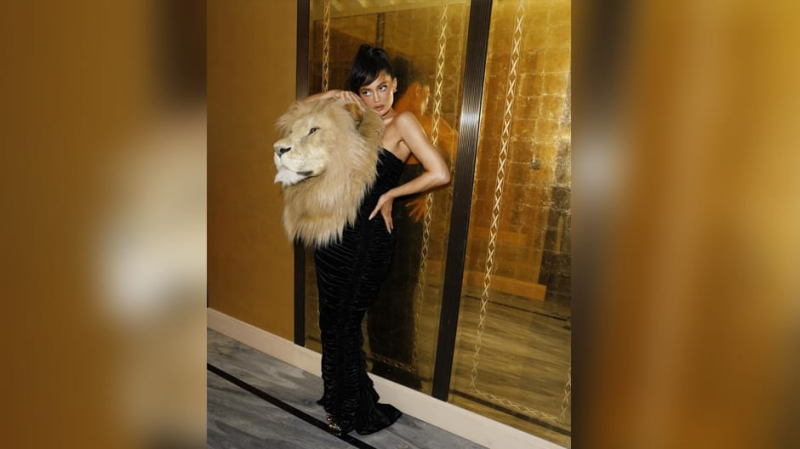 The animal rights association PETA has denounced the use of fake life-size animal heads on dresses from the house of Schiaparelli, which opened haute couture week in Paris on Monday.

Models Naomi Campbell, with a wolf's head on her shoulder integrated into the coat, or Irina Shayk, with a lion's head concealing her upper body, walked the catwalk at the Petit Palais, while the star of American reality show Kylie Jenner, in the front row, also adorned with a lion's head, drew the crackle of flashes upon her.

” Schiaparelli's claim that “no animals were harmed” in the making of this collection is objectively false,” PETA criticizes in a statement.

PETA criticized that these dresses “glorify the trophy hunting” and also denounced the use of silk and wool, materials for which “silkworms were scalded alive and sheep were exploited for their fleeces”.

Daniel Roseberry, American artistic director of the house with a surreal aesthetic, explained in the show notes that these creations of faux taxidermy from resin and other artificial materials They embodied Dante's “circles of hell”.