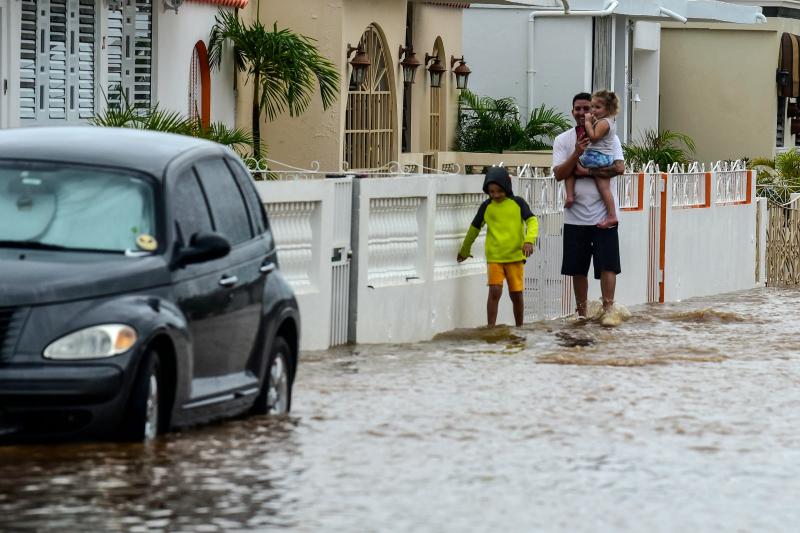 Fiona, which became the first major Category 3 hurricane of the season, approached the Turks and Caicos Islands on Tuesday after causing flooding and power outages and killing three people in the Caribbean .

All residents of Turks and Caicos, where strong winds and heavy rains are already blowing, which could bring up to 20 cm of precipitation in places, are called by the authorities of this British overseas territory to confine themselves.

Potentially deadly flash floods are indeed to be feared there, warns in its latest bulletin the National Hurricane Center (NHC), based in Miami, which notes that these dangerous phenomena also continue to threaten the Dominican Republic.

With winds now blowing up to 185 km/h, Fiona has reached category 3 on the Saffir-Simpson scale, making it “the first major hurricane of the 2022 season. hurricanes in the Atlantic,” according to the NHC.

The hurricane is forecast to strengthen further.

In the wake of Fiona, a man died in Guadeloupe, carried away with his house by the waves of a flooded river. Another died in the Dominican Republic while cutting down a tree, and a third in Puerto Rico, putting fuel in a burning generator.

The hurricane caused “catastrophic” damage in Puerto Rico, according to the governor of this American territory, Pedro Pierluisi.

Although the hurricane is moving away, flash flooding is still likely to occur there, notes the NHC.

A state of emergency has already been established there, and Mr. Pierluisi announced on Tuesday his intention to ask US President Joe Biden to declare a state of major disaster.

In the Dominican Republic, “localized” rainfall and flooding continued in some areas on Tuesday, according to the NHC.

Several roads were flooded or cut by falling trees or electric poles in the vicinity of the seaside resort of Punta Cana, in the east of the country, where the electricity supply was interrupted, according to journalists from the 'AFP.

In Puerto Rico, Fiona caused landslides, downed trees and power lines, made roads impassable and washed away a bridge in the town of Utuado.

“It was a horrible experience,” commented Jorge Cintron, 57, from the southwest coast, on Tuesday. For him, the winds carried by Fiona were “stronger than for Maria”, the hurricane that devastated the island in 2017.

The Puerto Rican agricultural sector has been devastated, according to the president of an association of farmers, Hector Cordero, who indicated in a radio interview on Tuesday that the harvests of bananas, vegetables and coffee had been badly affected.

“Agriculture has globally disappeared”, swept away by the flood, he said.

The entire territory of Puerto Rico, which includes more than three million people, had been without power as the hurricane approached.

Power has so far only been restored to just under 300,000 customers power company LUMA, but the governor said at a press conference on Tuesday he expects “large parts of the island” to have power again by the evening or during Wednesday.

Nearly 700,000 people did not elsewhere still no access to drinking water, according to the authorities.