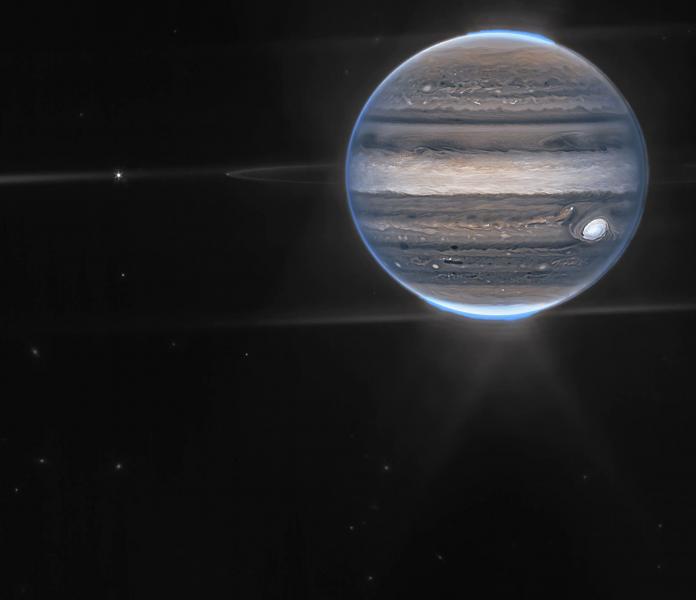 “It's really remarkable to be able to see details of Jupiter with its rings, its small satellites and even galaxies, all in a single image”, welcomed Monday Imke de Pater, astronomer at the University of Berkeley. , in a NASA blog article.

At the poles of the most massive planet in our solar system emerge fluorescent lights: these are the auroras of Jupiter which, as for our Earth, are made up of particles from the Sun which react to the magnetic field of the star.

These images also present the surface of this gaseous giant with its winds, storms and fogs.

These images are taken observations of a James Webb tool, NiRcam, which observes the near infrared, a field invisible to the naked eye.

The data collected, which will be studied by researchers to better understand the operation Jupiter's internal space, have been adapted to make these illustrations visible to the human eye.

An engineering gem worth $10 billion, the James Webb Telescope was launched in the space nearly eight months ago, and is 1.5 million kilometers from Earth.