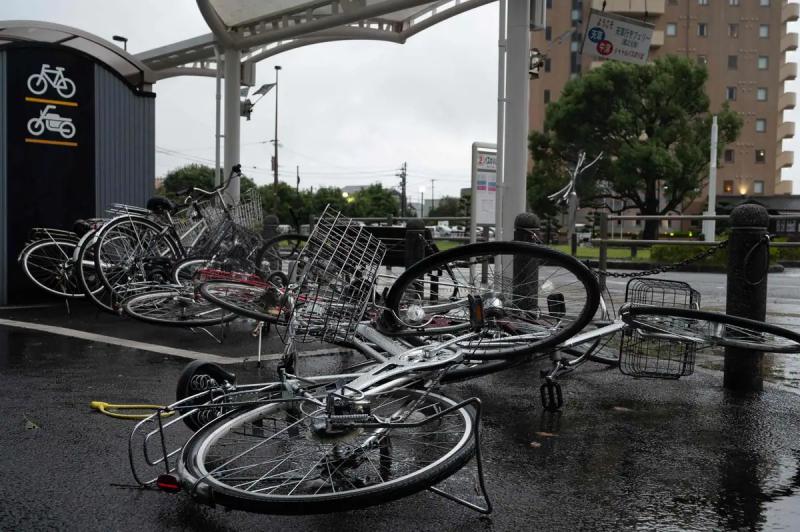 Powerful Typhoon Nanmadol slammed into the southwestern coast of Japan on Sunday, as authorities advised millions of people to seek shelter from strong winds and torrential rains.

“The eye of Typhoon Nanmadol made landfall near the city of Kagoshima around 7:00 p.m. (10:00 GMT),” the Japan Meteorological Agency (JMA) said.

The typhoon was causing gusts reaching 234 km/h and had already dumped up to 500 mm of rain in less than 24 hours in parts of the big island of Kyushu.

The JMA issued a “special warning” for Kagoshima and Mizayaki prefectures in southern Kyushu, where at least 20,000 people were preparing to spend the night in shelters.

The channel State broadcaster NHK, which compiles information provided by local authorities, said more than seven million people had been urged to go to shelters or take shelter in sturdy buildings.

“Please stay away from dangerous places and evacuate if you feel any danger,” Prime Minister Fumio Kishida tweeted after calling a cabinet meeting. “It will be dangerous to evacuate at night. Stay safe while it is still light,” he added.

The JMA has warned that the region could facing “unprecedented” danger from high winds, raging waves and torrential rains.

“The areas affected by the storm are receiving rains of an intensity never seen before,” said Hiro Kato, director of the Weather Monitoring and Warning Center. “Especially in areas under landslide alert, it is extremely likely that certain types of landslides are already occurring,” he added.

On Sunday, nearly 200,000 homes were already without power in the affected departments, while regional rail services, flights and ferry crossings were canceled, according to public companies and local transport companies.

Some grocery stores, usually open 24 hours a day, including during severe weather, have also closed.

“The largest caution is required,” said Ryuta Kurora, head of the JMA forecasting unit, on Saturday. “It's a very dangerous typhoon.”

“The wind will be so strong that some houses could collapse,” Kurora told reporters, also warning of floods and landslides.

On the ground, a municipal official in Izumi (Kagoshima prefecture) reported that the weather conditions were rapidly deteriorating.

“The wind has become extremely strong. The rain is also falling very hard,” he told AFP. “Visibility is almost zero”.

On the coast, in the city of Minamata, fishing boats, moored for safety, floated on high waves, while driving rains watered the promenade.

After Kyushu, the typhoon is expected to take northeast direction and sweep Japan's main island of Honshu until Wednesday morning.

Typhoon season peaks from August to September in Japan where it is marked by heavy rains that can cause sudden floods and deadly landslides.

In 2019, Typhoon Hagibis hit Japan in the middle of the Rugby World Cup, causing the more than 100 dead.

And in 2018, floods and landslides killed more than 200 people in western Japan during the rainy season.