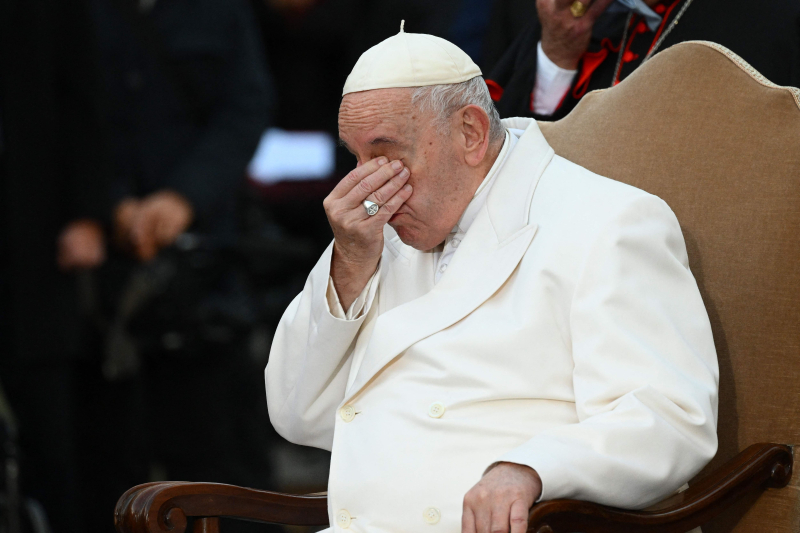 Pope Francis couldn't suppress his tears as he spoke about the war in “martyred” Ukraine, during a public ceremony Thursday afternoon in central Rome.

On the occasion of the traditional ceremony of homage to the Virgin Mary during the feast of the Immaculate Conception, a public holiday in Italy, the pope went in the middle of the afternoon near the square of Spain in front of the statue of the Virgin installed at the top of a column.

“O Immaculate Virgin, I would have liked to bring you today the thanks of the Ukrainian people…”, he declared, reading his speech standing, before breaking off, broken by emotion.< /p>

The body shaking, the pope in tears then remained silent for long seconds, then the crowd present warmly applauded him.

He then resumed the thread of his speech, leaning on the arm of his chair, but remaining standing: “…of the Ukrainian people for the peace that we have been asking the Lord for some time”.

Pope Francis cries while praying for peace in Ukraine. pic.twitter.com/uKhF7VgGAw

“I have to introduce you again though,” he continued, his voice still clouded with emotion, “the plea of ​​children, of the elderly, of fathers and mothers, of the young people of this martyred land which suffers so much”.

Already in his public prayer of the Angelus at midday Peter's Square, the pope spoke of “the universal desire for peace, especially for martyred Ukraine which is suffering so much”.

The pope has tirelessly pleaded for peace since the start of the Russian invasion in February, a subject he regularly raises in his speeches.

In an interview published in late November by the American Jesuit magazine America, the pope had thus denounced the “cruelty” with which Ukraine is confronted because of the Russian offensive.