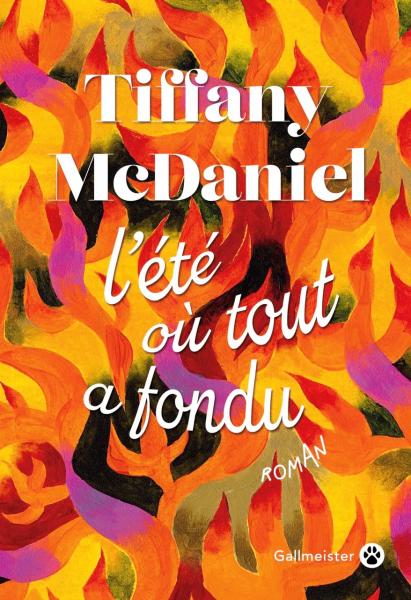 The Summer When Everything Melted is undeniably one of the excellent back-to-school novels. Read it now!

Who didn't like Betty? Published in 2020, this highly acclaimed novel by young American author Tiffany McDaniel has earned a special place in the hearts of many readers and critics. This is no doubt why it is now possible for us to read in French the magnificent novel she wrote just before.

Set in southern Ohio – in Breathed to be precise – it chronicles what happened there in the summer of 1984. That year, Autopsy Bliss, the city attorney, will have the strange idea of ​​using the local newspaper to openly invite the devil to come and visit. And unbelievably, a 12-13 year old black man with surprisingly green eyes will appear the next day in court claiming to be none other than the devil himself.

Hell is other people

The whole story will be told to us a good sixty years later by Fielding, the youngest son of Autopsy Bliss. It was he who was the first to see this young devil in the street in filthy overalls, having nothing to do with the image we usually have of the Bad Guy.

In fact, hardly anyone will take it seriously. At least at the start. Because in addition to the infernal heat that doesn't seem to want to leave Breathed since he arrived in town, weird things will gradually start to happen around him. Or rather, because of him.

A masterful story about difference and intolerance that is already slipping into our back-to-school favourites.

Reading the back cover of this thriller, you don't learn much. Which is not so bad, since the story will be all the more surprising! That said, she devours herself clinging to the armrest of an armchair, because for nothing in the world would anyone want to be in the place of Tom and his family, who are going to live a real nightmare vacation in Australia. Be careful, strong adrenaline rushes ahead!

If there's one book that didn't go unnoticed last year, it's this one. In fact, it's not every day that a former president of the United States and a famous writer team up to write a thriller! In addition, the result lives up to expectations: a good plot in which an ex-president will surpass himself in order to find his daughter, who has been kidnapped by unscrupulous terrorists.

Understanding and educating your child

Being a parent means constantly having to face all kinds of new challenges. And most of the time, we don't really know how to meet them. This guide is therefore one of the most beautiful gifts we can give ourselves, because it really allows us to overcome many problems with our children (attacks of rage, refusal to go to bed, too frequent crying, parasitic fears, aggressiveness, etc). Truly, one of the best books of its kind.

Another great back-to-school must-have. With this dictionary, which has 165,000 definitions, 35,000 proper nouns, 60,000 synonyms, 600 encyclopedic files and 6,000 illustrations, we will indeed be perfectly equipped to face the year. As for the new words that have been slipped into it, we noted, among others, “chiller” (having a good time doing nothing), “degenerating”, “performing”, “twenty-something” or the famous “iel”. < /p>

Kristen and Emily are best friends. Only fly in the ointment? They both no longer live in Milwaukee, Wisconsin, Kristen having accepted a position in Australia. This does not mean that they have completely stopped seeing each other: respecting one of their small traditions, they meet each year to travel together in a “distant and exotic place ignored by most tourists”. After having visited Vietnam, Uganda and Cambodia, they are now in Chile, in the Elqui Valley.

If all has gone well so far, the situation will degenerate at breakneck speed during their last evening of vacation. By pushing the door of their hotel room, Emily will indeed fall on a Kristen in tears… and on the corpse covered in blood of the man she had met a little earlier in a bar. In order not to run the risk of ending their days in prison, they will have to redo what they have already done in Cambodia: discreetly get rid of the body.

An addictive thriller that could lead to more than one to regard their oldest friends with a different eye!