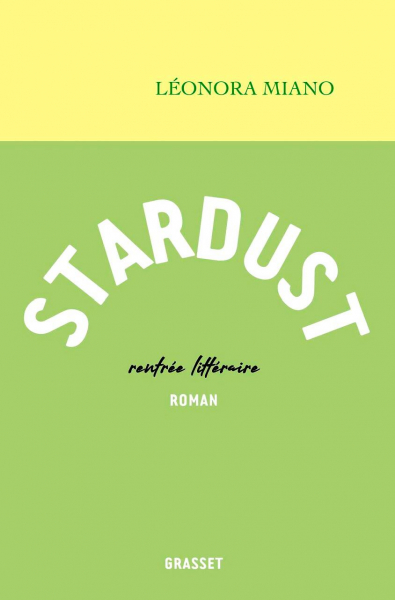 Originally from Douala, Cameroon, Léonora Miano came to France in the 1990s to study. But the harsh reality of her condition as an immigrant quickly caught up with her.

This novel, the Franco-Cameroonian woman of letters Léonora Miano wrote it more than 20 years ago . It is even the first novel that she has written with the firm idea of ​​seeing it published. But before that happens, she will end up writing 20 more (including The Interior of the Night, Contours of the coming day, The Season shadow or Empress Red). The reason ? The strongly autobiographical nature of Stardust. As she explains in the foreword, she did not want to “let herself be defined by these past events” and “be the homeless”.

Because this novel, it looks back on a rather painful episode of her youth: the one where she had neither a home nor a residence permit.

Hold on despite everything

At the age of 23, Léonora – alias Louise in the novel – found herself alone and penniless in Paris.

Finally… Exact fact, since she had already given birth to her little Bliss. In order to offer her a safe environment, she would have liked to be quickly admitted to a maternal home. But as the assistant from the Social Action Office has never bothered to ask for it, Léonora will have to go to Crimée, a reintegration and emergency accommodation center in the 19th arrondissement of Paris with the reputation for being quite hardcore.

Reporting what happened there, Stardust points out the shortcomings of a society that does not really know how to deal with the extreme precariousness of its immigrant women.

Pauline Delabroy-Allard made a name for herself in 2018 with It tells Sarah, who notably received the Quebec-France Marie-Claire-Blais literary prize. She returns to us with an intimate novel in which she will look into her story. Or rather on that of the three secondary first names – Jeanne, Jérôme and Ysé – which appear on his identity card. Where do they come from? This is what she will seek to find out.

The beginning of this thriller has everything of a horror movie: in the forest surrounding Gévaugnac, a small village near Toulouse, a 13-year-old girl was handcuffed and burned alive at the stake. And since this is not the first murder of its kind, Captain Julie Fraysse will have to work with the cop who was at the time responsible for the “Immoleur affair”. The problem? This cop is now interned in a psychiatric center for obsessive delusional disorders… A disturbing story as you wish.

The art of taking all your photos with your phone cellular

In recent years, the quality of photos taken with a cell phone has improved incredibly. But we can always do better and thanks to this new updated edition, we will learn how to take even better photos. In addition to giving us all his pro tips, the author also tells us how to take advantage of the apps.

Putting legumes on the menu much more often? Agreed, except that it is not always obvious to everyone. This book is therefore precisely there for that: to show us how to cook them by varying the pleasures in an often surprising way. From simmered fava beans and barley to lentil cretons, there really is something for everyone.

A psychological thriller in the vein of Gone Girl or La fille du train, anyone?

In October 2015, when he was only 20 years old, Nick Hall was the victim of a terrible attack. And everything suggests that the rapist is a guy met at Jimmy's, a small bar near Ogunquit, Maine. After drinking several drinks there, Nick would have agreed to spend the rest of the evening with a guy named Josh. He certainly did not expect to regain consciousness a few hours later in a roadside motel, his body bleeding.

< p>Led by Inspector John Rice of the Salisbury police, an investigation will be immediately opened and for Tony, Nick's half-brother, it will be the beginning of a slow descent into hell. Because if until then he led an almost idyllic life with his wife Julia, he will soon be plagued day and night by ideas of revenge.

Four years later, while the case has since been closed a long time and that Inspector Rice is dying, we will gradually discover the other side of the coin…

At the same time intelligent and complex, a reading that shakes.