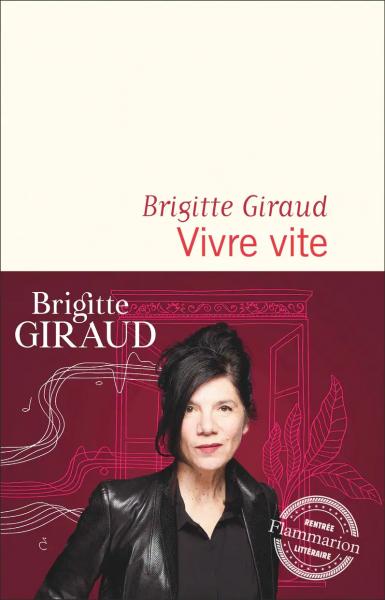 For the start of the school year, the French writer Brigitte Giraud returns in a brilliant way to one of the most tragic events of her life.

After the excellent Day of Courage, which tells the touching story of a teenager who reveals his homosexuality by talking about the Jewish-German doctor Magnus Hirschfeld, Brigitte Giraud offers us a very personal account.

On June 22, 1999, Claude, her husband, indeed lost his life in a motorcycle accident which occurred a few steps from their home, at the corner of boulevard des Belges and rue Félix-Jacquier in Lyon.

A tragedy that she will decide 20 years later to dissect and explain by going back over all the events which, put together, ended up leading Claude directly to death.

Foot on the accelerator

During all these years, Brigitte Giraud has literally been obsessed with a “litany of 'if's'” that will start with her decision to sell the apartment in the Croix-Rousse district in which Claude and she were happy.

Because come to think of it, her husband would probably still be alive if she hadn't insisted on buying something bigger with a garden, if she hadn't gotten the keys to their new house in advance, if her brother hadn't taken the opportunity to come and park her motorcycle there, if she hadn't postponed an appointment with her editor until the following week or if it had rained on June 22 in the afternoon.

Even though we know exactly how it's all going to end, we can't help but hang on to the pen of this writer who revisits her past to better face it.

Alex Cross one against all

In this 25th installment of the series devoted to the investigations of Inspector Alex Cross, we cannot say that the hero is in very good shape: suspected of having killed blood- chilling two followers of Gary Soneji (a psychopath he once sent to prison), Cross now has to go to court for trial. This will not prevent him from helping his former teammate to solve a case of disappearances. A well done and gripping thriller.

The Carnival of Shadows

In 1958, for his very first mission as a manager, special agent Michael Travis will be particularly spoiled: the body of an unknown person has been found in Seneca Falls, Kansas, and the case is so strange that the local police preferred to appeal to the FBI. In fact, as soon as Travis begins to question one by one the carnies who were passing through town, everything will become incredibly complicated. A very, very good Ellory.

If you intend to buy a car, this is really the guide to have at hand to make sure you make an informed choice. More than 350 vehicles – including all hybrid and electric models currently on the market – are presented, analyzed and evaluated in a clear manner. The best buys in each category (midsizes, compact SUVs, minivans, etc.) are also specified. In short, the comparison tool par excellence.

Do you know what snunches are? Halfway between snack and lunch, they are very practical to fill the little cravings that can occur during the day. But no question of spending hours preparing them. Pasta salad, nuts, vegetable sticks, chicken quesadilla, spinach frittata, bites of mac and cheese… We mix it all up and we get a hundred mini-meals that can follow us everywhere!

Former journalist, Paul Green has made it his mission to find Linda Richardson, a 22-year-old young woman who has been missing for 10 months already. And by dint of looking, he ended up falling on a promising track. Apparently, Linda is in Ojai, California, within the walls of a property owned by The Way. Which, in itself, is not such good news, because when you are not part of this religious group, it is downright impossible to set foot in one or the other of its dens.

Founded in the 1980s by a certain Douglas Fairview, this group would today be one of the most powerful in the United States, with its own militia and its own rules. So beware of those who, like Paul, try to get a little too close.

A hundred miles away, in L.A., Inspector Sarah Shelley is in charge of investigating a case as mysterious as it is sad: following a road accident, the body of a woman was found in a trunk and no way to identify her: her face is nothing more than a gaping wound and the pads of her fingers have been severed.

This stranger will of course have a link with La Voie, but before to know which one, you must first find out the whole story behind this sect. And she's chilling.