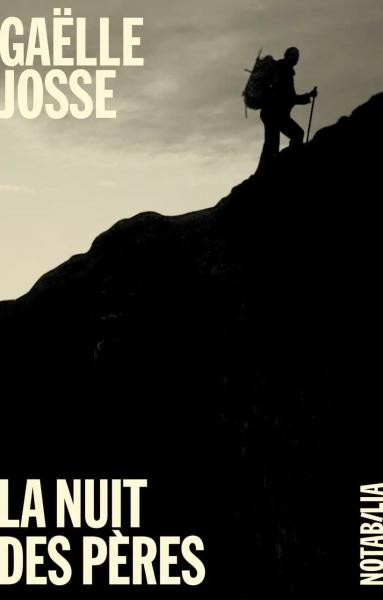 With this short novel, the French woman of letters Gaëlle Josse marks and upsets.

From her earliest childhood, Isabelle did not have the right to the loving and playful father that we sometimes see in the American series of the 1960s. In addition to being distant and taciturn, his was rather the kind to having unpredictable moods. Worse, he was also capable of dropping sentences as murderous as “You will never be loved by anyone” or “You will miss your life”. In short, he could hardly have done better to sabotage his daughter's self-esteem forever.

Isabelle has been refusing to visit him for years. . But there, she no longer really has the choice to do so, her brother Olivier having expressly asked her to return to their small native village overlooked by the Alps.

The time of secrets

For the past three or four months, Olivier has noticed that their 80-year-old father, who was once a mountain guide, was starting to have ups and downs in terms of memory. So before he totally lost the card, he wanted his sister to see him again. To talk about a past that has too often been conjugated in the imperfect, but also to lift the veil on all those secrets that screwed up their childhood. In particular one, which will finally allow Isabelle to understand why her father could be so obnoxious with her.

Served by chiseled and precise writing, a short but intense three-part novel, which forces the admiration.

With Le bal des fous, her first novel, the French Victoria Mas immediately won the hearts of a multitude of readers. This highly anticipated second novel takes us to a small island in Brittany where Sister Anne, a nun with the Daughters of Charity, hopes to see the Virgin Mary appear. Except that it is not she who will see it, and soon, all the inhabitants of the island will be affected. An interesting story.

Even though she is a psychotherapist, Mariana has great difficulty in overcoming the death of her husband, which occurred a year earlier in tragic circumstances. Never mind, she will agree to help her niece Zoé, one of whose friends has just died. Murdered. And apparently the killer could be one of Zoe's teachers. In any case, this is what Mariana will try to find out. A good little thriller!

Europe off the beaten track

We fell in love with this book, which offers us no less than 50 itineraries allowing us to visit Europe without meeting too many tourists. A small four-day loop in Montenegro, a week in the Catalan Pyrenees, a circuit crossing eastern Finland, a six-day trip to Georgia… The hardest part is then to make your choice! < /p>

In this 5th cookbook in the 3 times a day series , Marilou only offers recipes that are easy to make. As she herself explains in the first pages of the book, she wanted them to be “simple, accessible and quick”. Better yet, several of them are prepared in one dish, which means not too many dishes to do afterwards! A must for back to school.

It's no secret that we love the novels of the British R. J. Ellory, whose plots are almost always rich, engaging and very well put together. With its title reminiscent of the mafia, this book was written in the early 2000s – and can finally be read in French! – is no exception.

That said, we heartily pity its hero, a Miami first-time novelist and journalist named John Harper. At 36, he will indeed learn that the father he had always believed dead has just been rushed to a Manhattan hospital because he was shot.

From surprise to surprise

Unfortunately, the dad in question is also one of the leading heads of the New York mafia. What even in his wildest dreams John could never have imagined. And just to add a layer, he will have to row very hard to find out more about this man, manipulations, lies and pretences now part of his daily life. Not to mention the danger and all the risks he runs by simply being his son…

Apart from a few lengths, an intelligent thriller that will delight those who loved Vendetta > or New York Angels.