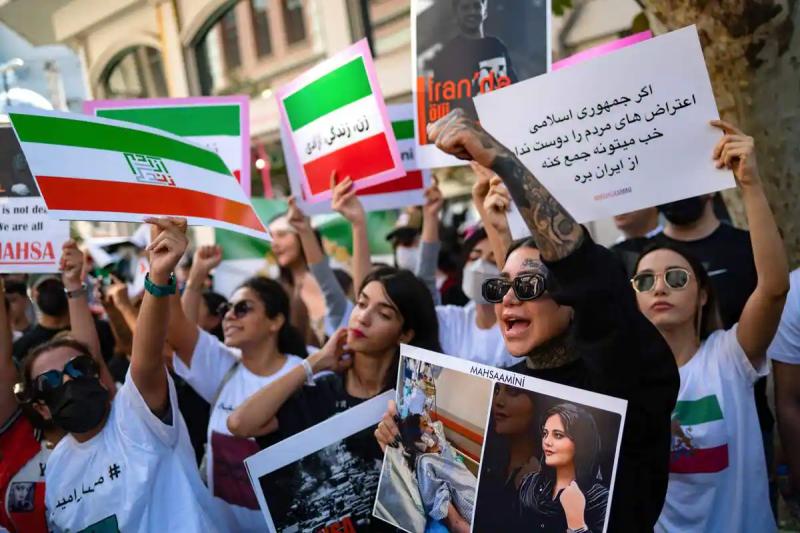 While going down the streets of Tehran every evening to the cries of “Woman, life and freedom”, Iranian women feel that they have taken their lives in hand and are also proud to have trained men in their wake.

Since September 16, many Iranian women have been demonstrating at night in major Iranian cities, including the capital, to protest the death of Mahsa Amini, three days after her arrest by the vice police.

This 22-year-old young woman was accused of having violated the dress code of the Islamic Republic, which notably obliges all women to wear the veil.

“A woman who goes down the street and takes charge of her life is definitely a strong woman,” Farideh, 64, told AFP with a smile.

For her, no doubt, “women will get what they ask for”, including the right to wear the clothes they want, including the veil. It remains to know “when and how”. “I can't say for sure,” she concedes.

But for this painter, what already constitutes a success is the fact of having succeeded, in a patriarchal society, to convince men to join women in protests.

“Of course men and husbands support us because our problems are not different. Next to every woman there is a man in the street demonstrating. Our women are the sisters and mothers of our men,” she explains in the shopping district of Tajrich.

In this area in the upscale north of the capital, several women walk bareheaded, a scarf resting on the shoulders.

For this housewife, “women should not be underestimated, they are strong”. “I think that eventually our voice will be heard,” she adds confidently.

Employed in the private sector, Pouya believes that the authorities should be attentive to the demands made during the demonstrations. “When you ignore people 'too long' at the slightest tension, issues come out and society can crack,” he says.

When asked if women's demands are justified, this 50 year old man hesitates however.

“I am a man who was born and raised in a third world country. I am not very open to women's demands,” he confides.

“But women (…) have demands that they intend to put forward. As long as they do not break the rules of traditional society, their demands should be met,” he said, not specifying whether he would accept women going outside without veils.