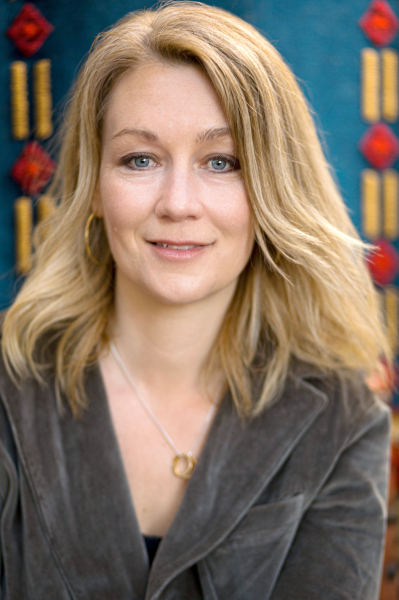 Skilled actress, award-winning writer, Britain's Anna Hope recounts a quest for meaning and history during an astonishing pilgrimage to Mexico in the company of a shaman in her new novel, The White Rock. Accompanied by her husband and daughter, she will wonder about the origin of the world, fascinated by the aura of mystery surrounding a sacred place.

By a series of coincidences, a dozen individuals from all over the world find themselves in a minibus, in the depths of Mexico, to travel bumpy roads in the company of a shaman. What do they all have in common? A fascination for a famous white rock to which the Wixarikas nation attributes the origin of the world.

One of the passengers is a writer and tries to take care of her daughter, while reflecting on the course of the world and writing her next novel. She discovers that around this famous rock, other stories have taken place. They could influence it.

Going back in time, Anna Hope indeed describes the dreams and follies that animated men and their conquests. It shows the contradictions, goals and desires of several characters who found themselves in front of the sacred rock: a lieutenant in 1775, a girl in 1907, a singer in 1969, a writer in 2020.

This audacious odyssey through four centuries of history fascinated Anna Hope, an actress and writer best known for her role as Novice Hame in the series Doctor Who.

She was inspired by her own expedition to Mexico, she says in a telephone interview. “The first part of the book is a lot of autofiction. The stories I tell are very similar to what I experienced. I've simplified the timeline, but otherwise it's very similar to my story, my husband's story, and my daughter's story.

“We have faced seven years of infertility. During this period, my husband became involved with the Wixarikas nation. They have an interrupted line of shamans. They were never conquered by the Spaniards. They lived in the heights of the Sierra Madre, in Mexico. »

“When they visited the UK, they encouraged us to take part in a ceremony. We prayed for a child. Our daughter was born 15 months later. I'm not saying that was the only reason for its birth, but I found it interesting, in terms of reciprocity. For the people we prayed with, it was normal, in the scheme of things. »

“We went to Mexico, to the village of Sierra Madre, and we introduced our daughter to the people of the Wixarikas nation. I already knew Mexico. It was not an unknown country for me. But this experience was profound, new.

Anna Hope and her family participated in another blessing ceremony and traveled to the famous White Rock on the coast with the shaman.

“We were really in a mythical landscape. It was in a way an initiation into animism. When you ask for something and you receive it, you have to give something back. When we visited San Blas, the village where the rock is, I discovered all these incredible stories.

Other stories, discovered by searching the local archives, have been added. “They were just waiting to be told, I think. »

“ The woman shifts in her seat, the cracker crumbs in her lap fall to the floor. She has a stiff back. Everything is stiff. Desert-tanned skin, chapped lips. She stayed up all last night around a fire, with the eleven other passengers of this minibus, more than a thousand meters above sea level in the mountains of the Sierra Madre Occidental. Before dawn, they kicked earth over the ashes, gathered up their belongings, their duvets, their dusty blankets, their hats and their bags, which they then lowered, with the children, to the side of the Mountain. »