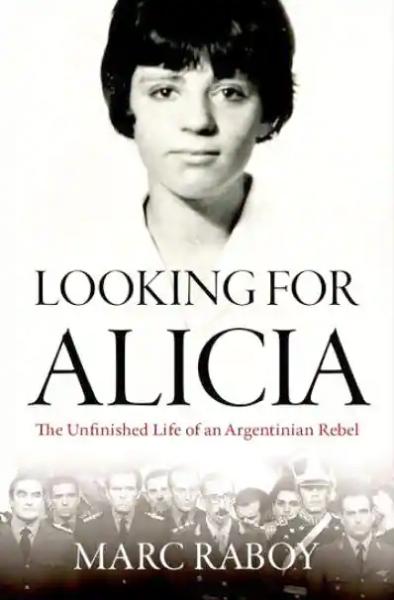 Once will not hurt. Today, I'm talking to you about a book in English, written by a professor from McGill University, Marc Raboy.

Professor Raboy is undoubtedly like many Quebecers, he is interested in questions of identity and wonders about his origins. One day, he discovers quite by chance that he has relatives in Argentina. His grandfather, a Ukrainian Jew who had fled the pogroms when Russia was in the throes of a revolution, had lived in this country for a year at the beginning of the last century before settling here in Quebec and he wondered if he There weren't a few descendants who would have taken root there. By typing two words on Google, “Raboy Argentina”, he learns that a well-known poet and writer, Francisco “Paco” Urondo, had been killed during an ambush by security forces in 1976 in Mendoza, the capital. wine in Argentina. Urondo was a member of the urban guerrilla organization Montoneros, which fought, arms in hand, against the military dictatorship that had overthrown, a few months earlier, the government of Isabel Perón, the widow of Juan Domingo Perón, the charismatic political leader who led Argentina for three terms. It was the sixth coup since 1930.

What is the relationship with the Raboys? I arrive there. Francisco Urondo was with his partner and Montoneros activist, journalist Alicia Raboy, and their 11-month-old daughter, Angela, when the security forces entered. Urondo was killed during the confrontation, Alicia was taken alive to an unknown destination, and their daughter too. We never see Alicia again, who is part of the long list of missing persons, whom the association of the Grandmothers of the Place de Mai is still looking for.

This short intrusion into Alicia's life motivated Marc to push his research further. One thing leading to another, Professor Raboy discovers that Alicia is his cousin, that they were born the same year, in 1948, she in Argentina, he in Quebec, of Ukrainian Jewish parents who emigrated to Buenos Aires. What's more, Marc and Alicia both campaigned to change the world in the 1960s, imbued with the same progressive ideals. If Marc has always respected democratic rules, Alicia had to take up arms to defend her ideas, the objective conditions in Argentina not being the same as in Quebec. And both have practiced journalism.

Thanks to the magic of the internet, Marc finds traces of Angela, the daughter of the revolutionary couple, then he goes to meet her in Argentina. Angela is campaigning with the Grandmothers of the Place de Mai to find traces of the 30,000 who disappeared during the dictatorship.

Little by little, using meetings, archives and more or less secret documents, Raboy tries to reconstruct the story of Alicia Raboy, who disappeared at the age of 28. For him, in addition to her tragic disappearance, another mystery surrounds the life of this passionate activist. In February 1974 – I was still in exile in Cuba at the time – Alicia accompanied, as a journalist, a trade delegation from her country to Havana. After Chile and Peru, Argentina is preparing to override White House prohibitions on negotiating with the Cuban revolutionary government. After the departure of the delegation, Alicia will stay in Cuba for a month. Why ? Raboy asks himself. Activist of a revolutionary organization that was favored by the Cuban government, Alicia, probably pregnant at the time, had she asked to receive military training? It was certainly not to pay for a long vacation in Varadero… If so, with what money?

Alicia has disappeared twice, Marc concludes sadly. A first time physically, in June 1976. Then a second time since nothing remains of his militant activity in the history of his country. This book wants to thank him, in all honesty. Mission accomplished.