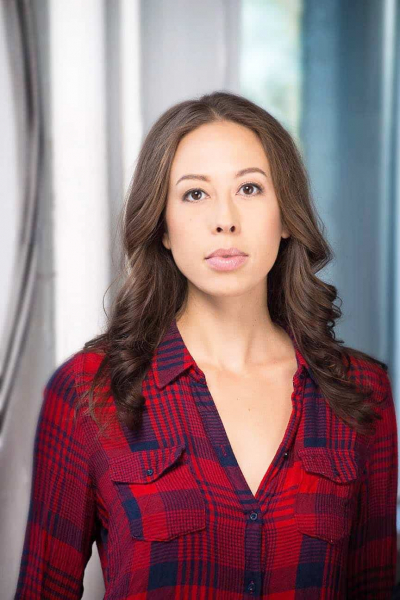 Cynthia has been part of our television life for a long time and her roles on the small screen have been outstanding: Trauma, Tactik, Memories, Plan B, Virage and, of course, a screen-busting role, Da-Xia Bernard in District 31.Cynthia also lends her voice to the 26th Culture Days, which take place from yesterday until tomorrow. Finally, the actress is also spokesperson for Garde-manger pour tous, an essential organization that distributes more than half a million hot meals a year for children in need.

In the kitchen, although her childhood was influenced by her restaurateur grandparents, Cynthia is always on the lookout for new things and discoveries.

In the morning, tea or coffee?

Clearly coffee. It takes me my dose to wake up and start my day well. I bought a good manual espresso machine at Mali café, I grind my coffee, I make a double espresso, just the smell, it's happiness early.

Oatmeal, I like instant cinnamon, but I also like cream of wheat, I add spices from the Silk Road, Vintage Spices, with a little maple syrup and raspberries in rose water. A delight.

Desserts. I think I have a special stomach to accommodate them (laughs)! I always keep a little space in the meal to have dessert at the end.

I really like sushi, poké bowls, but once in a while, I like a good medium-rare steak.

I have a memory of my grandpa who made fish steamed with a black bean sauce. In fact, I liked his sauce so much that I asked him to put it on all the food he served me. Then, over the years, I realize that as soon as a dish, a culinary preparation includes sauce, it will make me happy, I am really a sauce type. I like the great classics of French cuisine for that too.

With the steak, salad or fries?

Fries: fatty, salty and very crispy on the tips of fries, the best in the world, soft, but not too much!

Despite previous answers, more and more veggie. Especially in the summer, we have so many good vegetables to eat here in Quebec, especially raw, it's so good for taste and health. I must also admit that I no longer eat animals at a young age. It may be a step before taking the plunge into plant-based food, I'm not sure, but I became aware of it recently. It's a controversial subject, I agree, but everyone has their own free will.

My mother made me a cold cake, I love this cake. It's a coffee paste with crumbled Goglu cookies in it! So I would say both (laugh)! It's a simple preparation to put in the freezer, you cut a portion you want, you put the rest back in the freezer and voila, but hey, it doesn't stay in the freezer for long…

I don't consume alcohol. So, I like the floral Hp Juniper gin, the alcohol-free Anisé Noirot drink and the virgin mojitos, I love mint. It is also an opportunity to ask the bartender and the mixologist to prepare a composition of their imagination, so that we do not have the impression of being apart from the group, we can party without alcohol and not not be excluded on the pretext that we do not consume alcohol. It would also be nice for this message to get across.

Tell me about your favorite kitchen accessory and why did you choose it?

I absolutely can't get over it. A Trudeau Hollinger design rigid white plastic spatula…probably from 1990…best spatula ever! My mother gave it to me when I moved to an apartment, it was part of my trousseau as a young girl and I still have it.

Do you have a little ritual when you prepare the meals?

I often cook late at night and prepare several dishes at the same time, while dancing. I organize myself especially to get ahead, even the day before, in order to be as much as possible with my guests. Music, laughter, obligatory relaxation, I am not a chef, I like to eat, to please, but the party is also with the people we receive, whatever the meal, the happiness of being together is precious. Even with simple things to share in the center of the table, the fun is there. A good sad meal is not so good… I must say that I like to set the table, with my grandmother's plates. I like mismatched dishes too, it gives a relaxed style.

Tell me about the culinary achievement you are proud of.

Listen… An adventure that turned out to be very positive! I sometimes barter. A few years ago, I bought a board game, Ghost Stories. My friend Phil had come to read the rules while I was cooking supper. Veal bundles… My dyslexia read 15 min of preparation… but it was more like 45, but when you're not used to filo pastry, it's endless, much more than 45 min.. .after 1 hour of rest in the fridge… got there instead of making six small ones, I had made two big ones! An hour later, I drop the two bundles on the ground. I delicately said to myself: they are going to cook the tab****! It was extremely delicious! A great game and an evening where we laughed a lot!

What did your kitchen smell like when you were little?

When I was a child, we made our almond cookies in my grandparents' restaurant, the smell was fabulous. My grandpa who takes me in his arms to show me the baking in the big professional ovens, then puts me a hot biscuit on a small paper towel in my hands, it was so delicious, a wonderful memory.

Gray Owl, from the Détour cheese dairy, and the Riopelle de l'Isle, it's also the 100th, we must celebrate and taste the talent from here.

Jean-Talon Market: Balkani Montreal… Their double cream feta is a delight as well as their homemade pierogis, sausages and sauerkraut! And La Dépense, for their superb range of spices and teas and herbal teas.

What can't you do without in the kitchen?

Maple syrup, I can't live without it. Fresh mint, raspberries.

Chez Leméac's popcorn ice cream, as decadent as one could wish.

Bag of salt and vinegar and caramel crisps.

I would say today, Japanese, because it responds well to my daily culinary moods.