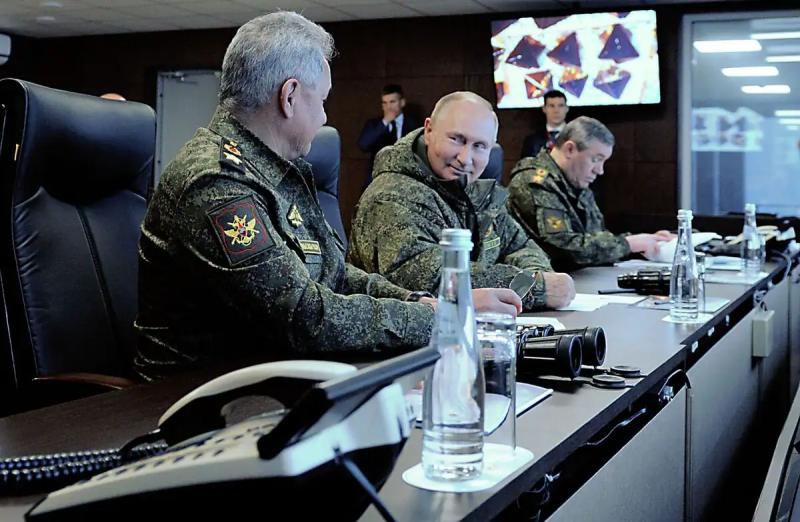 Since the beginning of its offensive in Ukraine on February 24, which earned it unprecedented Western sanctions, Russia has set its sights firmly on Asia, in particular to find outlets, suppliers and markets to replace those lost as a result of American and European measures.

For its part, China is going through a diplomatic crisis with Washington, in particular since the visit to Taiwan in August by the Speaker of the American House of Representatives, Nancy Pelosi .

It is in this context that Moscow has been conducting large-scale military exercises in the Russian Far East since last Thursday, in which several allied countries, including Chinese soldiers, are taking part.

In the rain and in the fog, Mr. Putin went Tuesday morning to the Sergeyevsky military training ground, one of the sites hosting these maneuvers, dubbed Vostok-2022 (Orient-2022). He previously had a “meeting behind closed doors” with Defense Minister Sergei Shoigu and Chief of the General Staff Valery Gerasimov.

According to Moscow, more than 50,000 military personnel as well as more than 5,000 pieces of arms and military equipment, including 140 aircraft and 60 ships, are mobilized for Vostok-2022.

Units from several countries borders or allies of Russia, such as Belarus, Syria, India, but above all China, are taking part.

On Wednesday, the military must give way to the economic, with the participation of Mr. Putin at the Eastern Economic Forum, which has been taking place since Monday in Vladivostok (south-eastern Russia).

The Chinese delegation will be the largest there with 114 people, according to the Kremlin.

The head of the Standing Committee of the National People's Congress, Li Zhanshu, China's third-highest official, will attend the plenary session of the forum alongside Mr. Putin. A bilateral meeting is also planned.

Another sign of the rapprochement between Moscow and Beijing, the Russian gas giant Gazprom announced on Tuesday that China would now settle its contracts in rubles and yuan, instead of the dollar. Gazprom boss Alexei Miller said in a statement he hoped the measure would give “additional impetus to the development of our economies.”

New long-term gas purchase and sale agreements via the eastern gas pipeline “Force of Siberia” were also signed on Tuesday.

“Russian-Chinese relations of comprehensive partnership and strategic cooperation are developing gradually,” the Kremlin said in a statement, praising “China's balanced approach to the Ukrainian crisis” and Beijing's “understanding” of the reasons for the Russian offensive.

In addition, the first Russian bank, Sberbank, announced on Tuesday that it had started granting loans in yuan, ensuring that there was a “strong demand” in the country.

Apart from China, India and Burma will also be honored at the Forum in Vladivostok, the head of the Burmese junta Min Aung Hlaing being expected there.

In Moscow, Thai Foreign Minister Don Pramudwinai is to be received on Tuesday by his Russian counterpart Sergei Lavrov, who had visited Burma and Cambodia in August.

Finally, the Shanghai Cooperation Organization (SCO) summit, scheduled for September 15-16 in Samarkand, Uzbekistan, will be another opportunity for Putin to focus on deepening relations in Asia.

< p>A meeting could even take place, according to diplomatic sources, between Mr. Putin and the Chinese leader Xi Jinping, who has not left China since 2020 due to the COVID-19 pandemic.

The two men had seen each other in early February in China, a few weeks before the Russian offensive against Ukraine. Moscow and Beijing then signed a joint declaration calling for a “new era” in international relations as well as the end of American hegemony and denouncing the role of Western military alliances, NATO and Aukus (Australia, United Kingdom and United States).