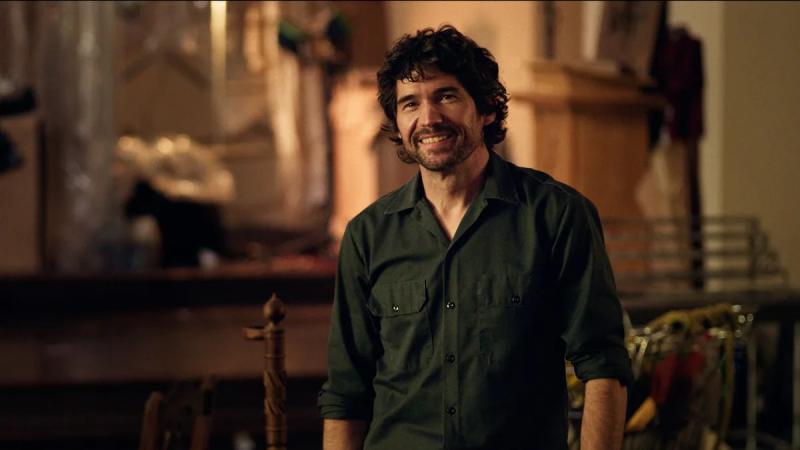 Dedicated to theater and teaching at the Montreal Conservatory of Dramatic Arts, Maxime Denommée never had the ambition to become a star of the small screen.

That does not prevent him from defending the main role of the series “Padre”, a rare fact which will delight those who appreciated his talent in the excellent production “Aveux”, written by Serge Boucher, more than 12 years ago.

In “Padre”, he portrays an amnesiac and rebellious priest: he smokes pot, knows weapons and has frequented the Russian mafia. A role that we offered him because we needed a theater actor to carry long scenes.

He also agreed to dive for the change of scenery, the shooting having taken place in Winnipeg and in its French-speaking district, Saint-Boniface, which allowed him to discover a new culture and other accents.

“It was really nice. I didn't know anyone and I was confused. What is the “fun” in our job is to meet people, so I was served, “explained the 47-year-old comedian.

Trained to become a priest, David, aka Padre, fell into the streets following a family dispute and became a drug addict. He even “dated” a woman, whom he remembers only through confused flashbacks, like his life for the rest.

It was the clergy who sent him to Saint-Boniface to restore order to an idle church.

Was it to help him recover the memories of his enigmatic past, with the help of a psychiatrist, or rather to protect him from criminals who would like his skin?

“This is no ordinary TV. We had 26 days to do 13 half-hours, with 20-page scenes to learn. It took a theater guy. After the first 12-hour day, I was exhausted and realized that this was not a sprint, but a marathon I was engaged in.”

Padre doesn't like to collect confessional confessions in every episode, but he's pretty good at getting the bad guy out with his unorthodox methods.

“His power is empathy, that's why he's so good with people who come to talk to him, but at the same time he's doing it for himself, because he's using other people's traumas to make ties with himself, to regain his lost years.”

By restoring the beauty of the church entrusted to him, Padre is therefore simultaneously cleaning up his drug-ravaged mind.

“There is a lot of meat around the bone, a lot of big scenes,” said Maxime Denommée, speaking of a series focused on human relationships, which turned him on.

Produced by Productions Rivard and Productions ToRoS, the “Padre” series is written by Pierre-Marc Drouin.