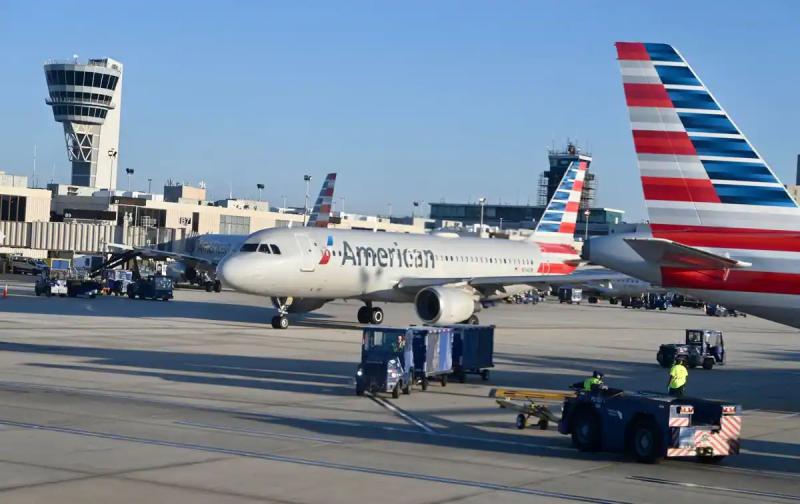 Americans on their way to the airport to join their families for the National Day of July 4 risked having an unpleasant surprise on Saturday, the airlines having already canceled hundreds of flights due in particular to staffing issues.

As of the afternoon, 600 flights had already been canceled, while nearly 3,100 others had been delayed, according to flightaware.com.

The situation was already difficult the day before, according to the specialized site, which on Friday listed 587 canceled flights out of a total of 3,060 worldwide, and nearly 8,000 delays.

These setbacks for American passengers constitute a fundamental trend: the airlines of the United States, which employ 15% less staff compared to the pre-pandemic period, are having difficulty managing the massive return of passengers to their planes.

Companies in the sector say they are working to solve the problem, intensifying their recruitment campaigns for pilots and other categories of personnel and reducing the number of seats available to passengers.

Aviation officials mention other aggravating external factors, in particular climatic or due to COVID.

The United States Minister of Transport, Pete Buttigieg, reminded passengers on Twitter on Saturday that they were entitled to a refund in the event of a 'cancellation.

Pilots from Delta Airlines also demonstrated on Thursday to notably demand wage increases with regard to the number of overtime hours worked.

“It is very frankly irresponsible to overbook. Coming out of the pandemic, we are planning more flights than we have people to pilot them”, one of their union representatives, Jason Ambrosi, regretted on Saturday on the CNN channel.

The pilots, tired, don't want to block passengers, he said, “but it's a matter of security”.

Serial cancellations haven't stopped travelers from thronging airports, however. , the agency in charge of security in transport (TSA) estimating that the number of controls – nearly 2.5 million on Friday – had for the first time “returned to a pre-pandemic volume”.

A figure that is all the more impressive as 42 million Americans, a record, are expected to travel by car during this weekend of festivities, according to the American Automobile Association.